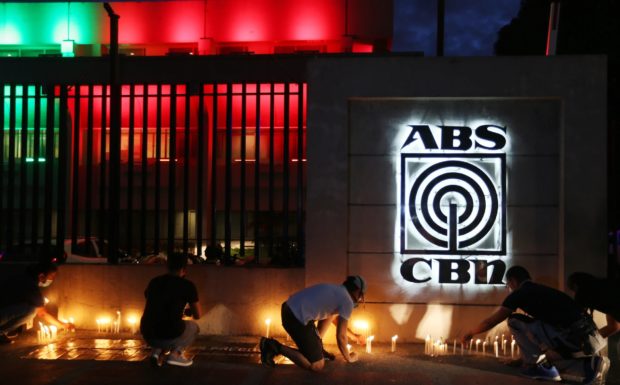 ABS-CBN employees light candles in solidarity as the network’s darkest hour came in May 2020. Photo by Edwin Bacasmas

MANILA, Philippines — The investigation launched during the 18th Congress on the alleged violations of media giant ABS-CBN must be reopened to check if the network has done corrective measures, Cavite 4th District Rep. Elpidio Barzaga Jr. said on Tuesday.

Barzaga, vice chairperson of the House of Representatives’ committee on legislative franchises, said this as the network had inked agreements with cable networks — namely Discovery Asia and Asian Food Network — for the provision of content.

The lawmaker said that Congress should be ascertain whether ABS-CBN is now “following the law” or has been circumventing it.

“We have to find out if ABS-CBN has been following the law or continuing to violate or circumvent it,” he added.

According to a press release from ABS-CBN dated last October 6, the network signed a new content deal with Warner Bros. Discovery to bring some of its Metro Channel programs to Asian audiences in Central and Southeast Asia.

Barzaga said that while he has yet to see any possible violation about this latest deal, Congress has to know whether there are other deals that the ABS-CBN has entered into.

“We do not know if there are other deals that ABS-CBN has entered into which need to be reviewed to find out if they are violating the law,” he said.

This is not the first time that lawmakers called for an investigation on ABS-CBN’s deals, which were done over two years since its franchise to operate expired. When the network tried to strike a deal with another free television channel in TV5, several lawmakers raised questions regarding the legality of the deals.

Known ABS-CBN critic, Sagip party-list Rep. Rodante Marcoleta called for an investigation of the deal, claiming in a privilege speech last August 15 that TV5 is also plagued by foreign ownership issues. After that, several lawmakers filed resolutions calling for a probe — which ultimately led to the suspension of the deal.

Barzaga said that the resumption of the investigation may benefit ABS-CBN, as it may show that the network is deserving of a franchise again — noting further that President Ferdinand “Bongbong” Marcos Jr. himself was not against the idea if violations have been addressed already.

ABS-CBN ceased broadcasting on May 5, 2020 after the National Telecommunications Commission (NTC) did not allow it to operate due to questions on its franchise validity. Congress, meanwhile, thumbed down a new franchise for the network, forcing it to operate online and through blocktime partnerships.

NTC back then said that while other networks were allowed to continue operating despite their respective franchises still being deliberated, ABS-CBN cannot be given the same privilege as there were concerns on the validity of their franchise.

House, not only NTC, also at fault in ABS-CBN shutdown – FLAG