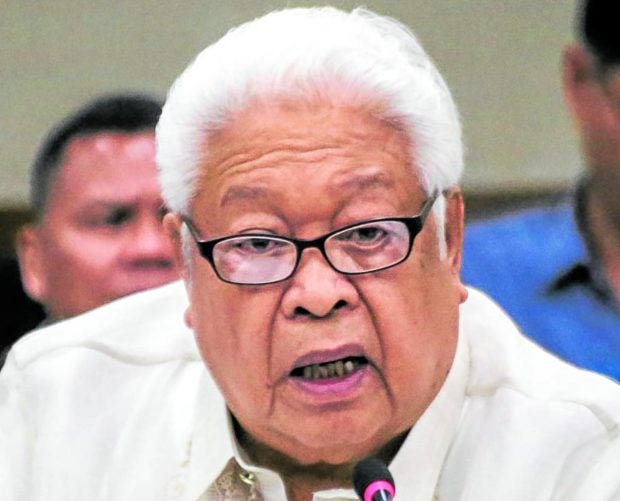 MANILA, Philippines — Albay Rep. Edcel Lagman said on Monday that home visits conducted by the police on journalists were reminiscent of “Oplan Tokhang” in the war on drugs, describing them as “veiled harassment” against media practitioners.

At the same time, Makabayan bloc lawmakers filed a resolution officially asking the House of Representatives to look into the police media visits.

“Crusading journalists need police protection from threats and harm, not police intrusion into their privacy,” Lagman said in a statement.

He added: “The recent unannounced visits of police officers, mostly in plainclothes, to the homes and studios of selected broadcasters is reminiscent of the intrusive and illicit ‘Operation Tokhang’ on drug suspects.”

The operation was launched by the Philippine National Police as part of former President Rodrigo Duterte’s drug war with police officers visiting the house of drug suspects to supposedly persuade them to get out of the drug trade.

“These veiled harassment must be stopped as they constitute attempts at prior restraint on the freedom of expression,” Lagman said.

Through House Resolution No. 484, they said that the PNP had violated “the right to privacy of the journalists against unauthorized or illegal access to and disclosure and use of their personal information.”

“These so-called house visits, occurring in the context of other threats and attacks against journalists … have the effect of increasing, without due cause and process, police presence near journalists and produce rife opportunities for surveillance on them, thereby causing a shadow of unease, if not fear, upon their vital duties in the delivery of information to the public,” the lawmakers said.

On Saturday, John Paul “JP” Soriano of GMA News said in a Twitter post that a plainclothes police officer had gone to his house and asked him if he had death threats following the killing of broadcaster Percival Mabasa and online threats against broadcast journalists Ed Lingao and Lourd de Veyra.

While Metro Manila police chief Brig. Gen. Jonnel Estomo confirmed that the house visits were part of their efforts to protect media workers, the PNP leadership said that it gave no such order and that PNP chief Gen. Rodolfo Azurin Jr. had ordered an investigation.