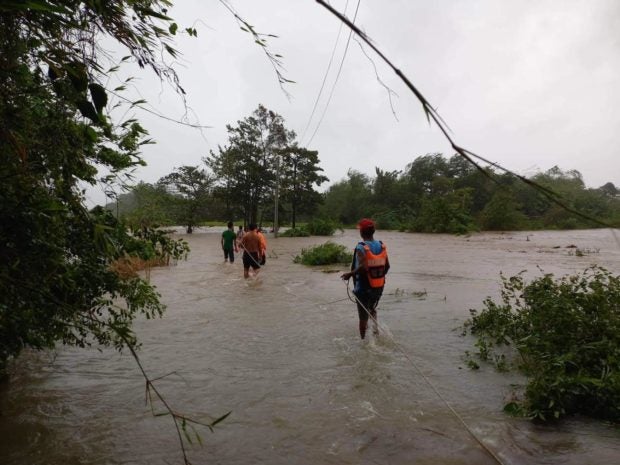 LAOAG CITY, Ilocos Norte — A state of calamity was declared in Ilocos Norte province on Monday due to the extent of damage to agriculture and infrastructure in the wake of Typhoon Neneng (international name: Nesat).

The provincial board of Ilocos Norte approved a resolution for the declaration during its regular session, Vice Gov. Cecilia Araneta Marcos said in a statement.

She said the move would allow the provincial government to tap its quick response fund for some 14,277 individuals from at least 10 areas in the province who were affected by severe flooding.

The provincial disaster risk reduction and management council also reported on Monday that the damage to infrastructure and agriculture had reached around P103.5 million. INQ