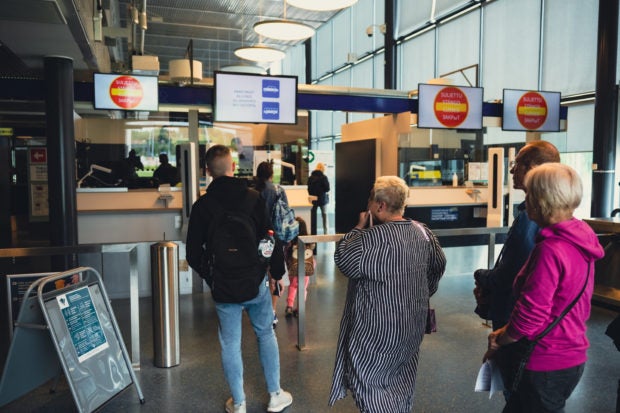 PRAGUE — The Czech government said Wednesday it would ban Russian tourists, artists and athletes holding visas for the free-travel Schengen zone issued by any EU member from entering the country.

“This concerns primarily people who enter the Czech Republic at Prague airport,” Foreign Minister Jan Lipavsky told reporters, adding the measure would be in force from October 25.

Lipavsky said the Czech Republic was following in the footsteps of Finland, Poland and the Baltic states, which had introduced a similar measure earlier on.

In the wake of the recent bombing of civilian targets in Ukraine by the Russian army, “we need to seek solutions that will send a clear signal to the people inside the Russian Federation”, Lipavsky said.

The Czech Republic — which now holds the rotating EU presidency — stopped issuing visas to Russians a day after Russia had invaded Ukraine on February 24, with the exception of humanitarian cases.

The government on Wednesday also agreed to earmark the equivalent of $20 million for post-war reconstruction of Ukraine each year in 2023-2025, the minister added.

An EU and Nato member of 10.5 million people, the Czech Republic has provided military aid worth $168 million to Ukraine since February.