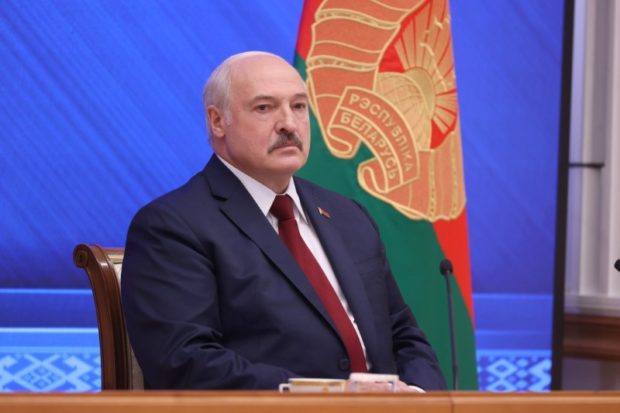 LONDON — Belarusian President Alexander Lukashenko said Monday he had ordered troops to deploy with Russian forces near Ukraine in response to what he said was a clear threat to Belarus from Kyiv and its backers in the West.

The remarks from Lukashenko, who has held power in Belarus since 1994, indicate a potential further escalation of the war in Ukraine, possibly with a combined Russian-Belarus joint force in the north of Ukraine.

“Strikes on the territory of Belarus are not just being discussed in Ukraine today, but are also being planned,” Lukashenko said at a meeting on security, without providing evidence for the assertion. “Their owners are pushing them to start a war against Belarus to drag us there.”

“We have been preparing for this for decades. If necessary, we will respond,” Lukashenko said, adding that he had spoken to Russian President Vladimir Putin about the situation while at a meeting in St Petersburg.

Lukashenko said he had agreed with Putin to deploy a regional military group, and had started pulling forces together two days ago, apparently after an attack on Russia’s road and rail bridge to Crimea early on Saturday.

Lukashenko said that a warning was delivered to Belarus through unofficial channels that Ukraine planned “Crimean Bridge 2,” though he did not give details.

“My answer was simple: ‘Tell the president of Ukraine and the other lunatics: if they touch one meter of our territory then the Crimean Bridge will seem to them like a walk in the park’.”

Belarus’s army has about 60,000 people. Earlier this year, Belarus deployed 6 battalion-tactical groups, totaling several thousand people, to the border areas. On Sunday, the head of Belarus’s border guards accused Ukraine of provocations at the border.

Russian forces used Belarus as a staging post for their February 24 invasion of Ukraine, sending troops and equipment into northern Ukraine from bases in Belarus.