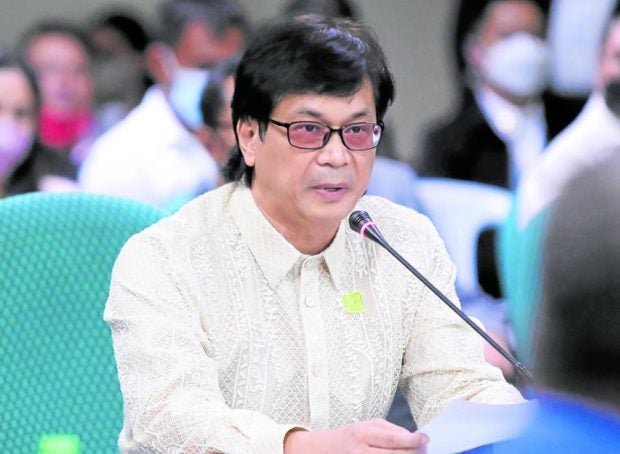 MANILA, Philippines — The Department of the Interior and Local Government (DILG) has ordered the Philippine National Police (PNP) to stop providing escorts to private foreign workers of the Philippine Offshore Gaming Operators (Pogos).

DILG Secretary Benjamin Abalos Jr. on Friday called for an end to the PNP Security and Protection Group’s (PNP-PSPG) practice of deploying officers to guard certain Pogo employees whose requests for security are assessed and granted by the police.

Earlier during a Senate finance subcommittee hearing on the proposed P251.18-billion budget of the DILG, PNP chief Rodolfo Azurin Jr. vowed they would reassess the list of those authorized to receive police escorts from the PNP-PSPG.

He did, however, concede that the PNP did not anticipate that it would also need to extend security services to Pogo workers.

But at that time, Azurin only recommended sending retired police officers to guard Pogo employees instead of deploying those who are still active.

More recently, the Pogo has been criticized for allegedly contributing to a surge in kidnappings and other crimes.
It has also reignited heated debates among groups and lawmakers, who are divided over whether or not to try once again to outlaw Pogos in the country. With reports from Kristelle Anne Razon, INQUIRER.net trainee