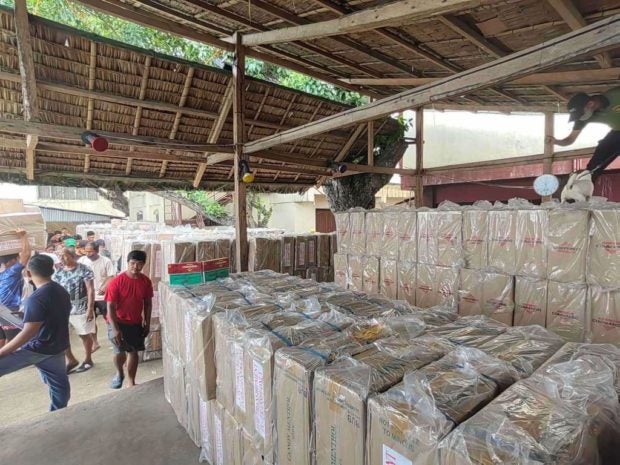 Photo shows the more than 4,000 master cases of assorted brands of smuggled cigarettes estimated to be worth around P165 million that were seized in Zamboanga City on Wednesday, October 5, 2022. Contributed photo

Authorities have confiscated more than 4,000 master cases of assorted brands of smuggled cigarettes estimated to be worth around P165 million in Zamboanga City following two months of continuous surveillance.

Two vessels – M/V NURKAISA and M/V PHOINEX – reportedly bound for Alicia town in Zamboanga Sibugay were intercepted along the coastline of Tumalutap, Zamboanga City, on Wednesday through the joint enforcement operations of the PNP Seaborne and Bureau of Customs (BOC).

The seized cigarettes, which include brands such as Cannon Menthol and Tobacco Red, would have resulted to an estimated P124 million government revenue loss in uncollected excise and value-added tax based on the Bureau of Internal Revenue’s minimum floor price of P82.49 per pack of cigarettes.

Upon inspection, the cigarettes lacked the requisite tax stamps and graphic health warning (GHW) which must be affixed on locally manufactured and imported cigarettes sold in the Philippines.

The concerted effort of both local law enforcement and government agencies to ramp up anti-smuggling investigations and operations comes after Zamboanga City Mayor John M. Dalipe declared an “all-out war” against the smuggling and sale of illicit cigarettes. 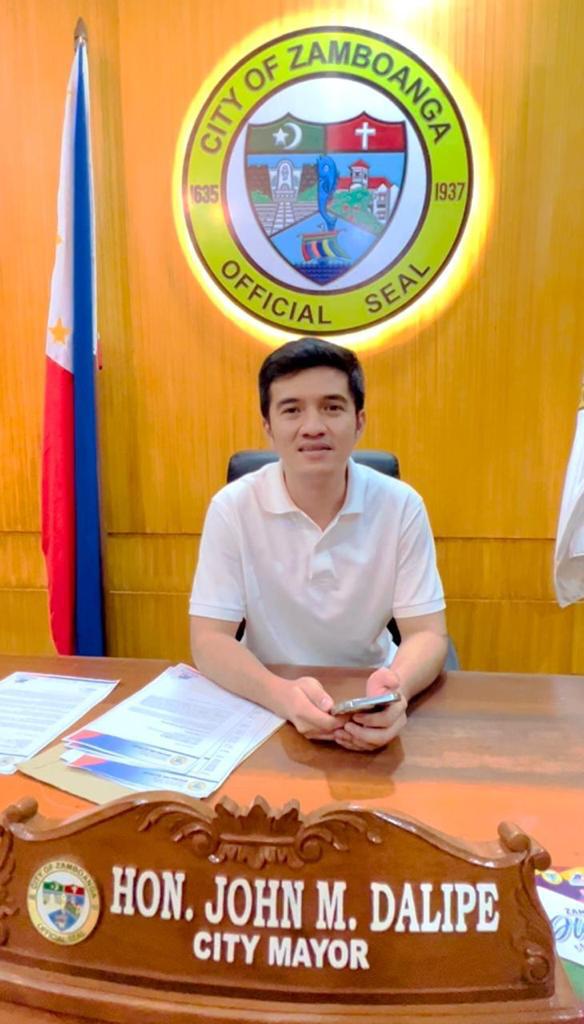 Dalipe hailed the PNP 2nd Zamboanga City Mobile Force Company “Seaborne” and the BOC CIIS and ESS, and reiterated to the media that they will conduct an intensive investigation to ensure all those involved will face the full force of the law.

BOC District Collector Segundo Sigmunfreud Z. Barte supported the mayor’s pronouncement, saying a thorough probe will be conducted to ensure that appropriate charges are filed against all people involved in the illegal shipment.

“We will leave no stone unturned to show these culprits that we will come after them harsher and smarter this time,” Barte added.

The BOC contingent in the operation was led by S Captain Leonard George Carillo. 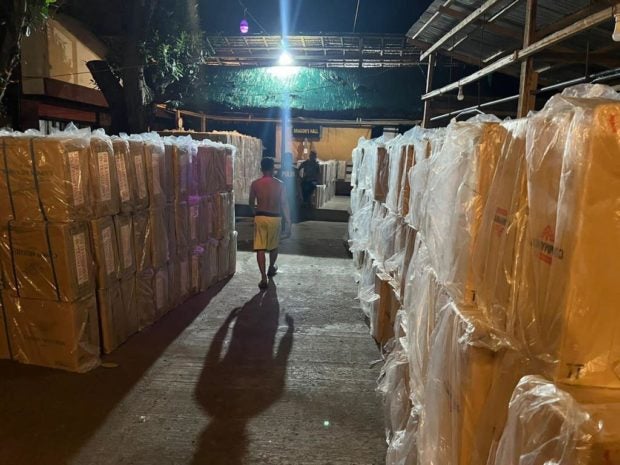 Photo shows the more than 4,000 master cases of assorted brands of smuggled cigarettes estimated to be worth around P165 million that were seized in Zamboanga City on Wednesday, October 5, 2022. Contributed photo

“We need to level up our approach in curtailing smuggling in our turf. We need to do so because the President himself has declared war. Our mayor declared the same,” Ariño stressed.

The confiscated items will be turned over to the BOC for proper disposition and safekeeping until the issuance of a warrant of seizure and detention.