Malaysia: Travelers will now have to fill in customs forms upon arrival or departure | Inquirer News

Malaysia: Travelers will now have to fill in customs forms upon arrival or departure 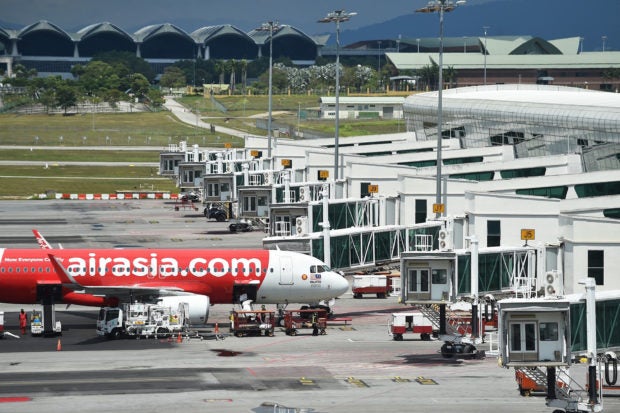 An Air Asia Airbus A320 aircraft is seen on the tarmac at the Kuala Lumpur International Airport’s low-cost carrier terminal in Sepang on March 8, 2022, after authorities announced Malaysia will fully reopen its borders to international travelers from April 1 in an attempt to live with Covid-19. AFP FILE PHOTO

PETALING JAYA, Malaysia — Travelers arriving in or leaving Malaysia will now have to fill in customs declaration forms, says the Civil Aviation Authority of Malaysia (CAAM).

CAAM chief executive officer Chester Voo said the Royal Malaysian Customs Department (RMCD) through a letter dated Sept 5 has stated that the declaration of Customs Form No. 7 (K7) is a requirement under Section 103 of the Custom Act 1967.

“Notwithstanding anything in this Act contained, every passenger or other person arriving in or leaving Malaysia shall declare all dutiable or prohibited goods in his possession, either on his person or in any baggage or in any vehicle, to the proper officer of customs.

“Under Regulation no. 55 of the Customs Regulation 2019, every traveller or other person arriving in or leaving Malaysia shall declare in Form Customs No.7 in the Third Schedule,” Captain Voo said on Tuesday.

No reasons were given for the resumption of this practice which was stopped many years ago.

Captain Voo said in line with this, all airlines entering Malaysia had been asked to announce the requirement to all passengers on board.

“To comply with the provisions of this legislation for passengers arriving in Malaysia by air, RMCD requests the cooperation of all airlines entering Malaysia to make announcements to all passengers on the requirement to fill (in) Form K7 and to submit it to the duty officer of customs at the airport,” he said.

CAAM has even provided a sample announcement to be made on the flight before the plane lands in Malaysia, both in English and Malay. The English version is as follows:

“Every arriving traveler is required to declare all dutiable and prohibited goods as well as currencies or other monetary instruments of a total amount exceeding US$10,000 (RM45,000) in their possession.

“The declaration shall be made by using Customs Form No 7 and to be submitted at the customs department (RMCD) examination checkpoint. Customs Form No. 7 is available at the RMCD counter.

“Any false declarations or failure to declare is an offence under Malaysian law.”

However, it is unclear if every passenger has to fill in the form or only those who carry dutiable goods or money amounting to more than US$10,000 (about S$14,000).

Before this directive came into immediate effect, all passengers were only required to verbally declare dutiable goods, prohibited items or any amount above US$10,000 to the customs officers.

Some passengers were also picked out for random checks.