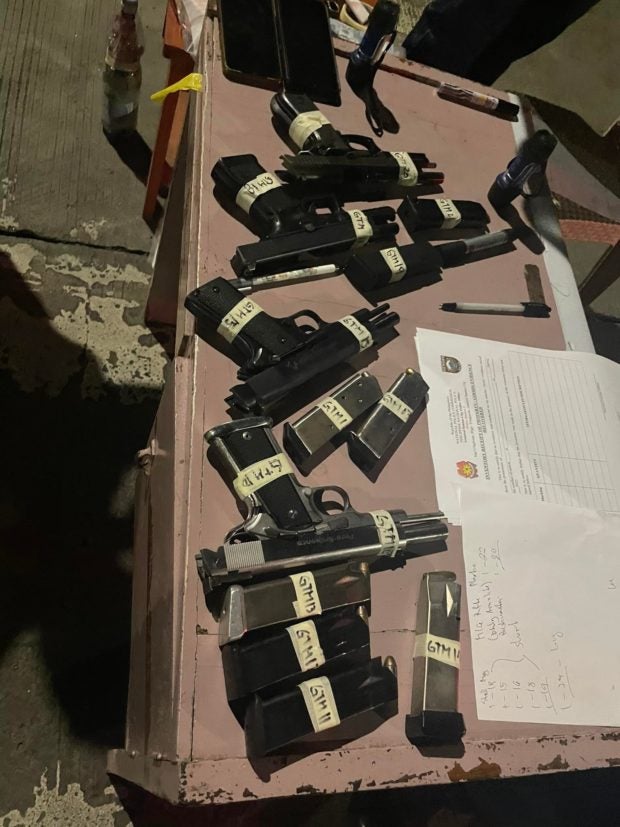 Assorted high powered firearms seized from the two arrested policemen at a checkpoint in General Santos City after they allegedly robbed a trader on Tuesday night. CONTRIBUTED PHOTOS

Medina and Ararao were with two civilians from Davao City when they barged inside the house of fish dealer Jacky Faeldin, 37, a report by the General Santos City police said.

The police said the four suspects took the victim’s mobile phone, two unopened coin banks and a cash worth P165,000. 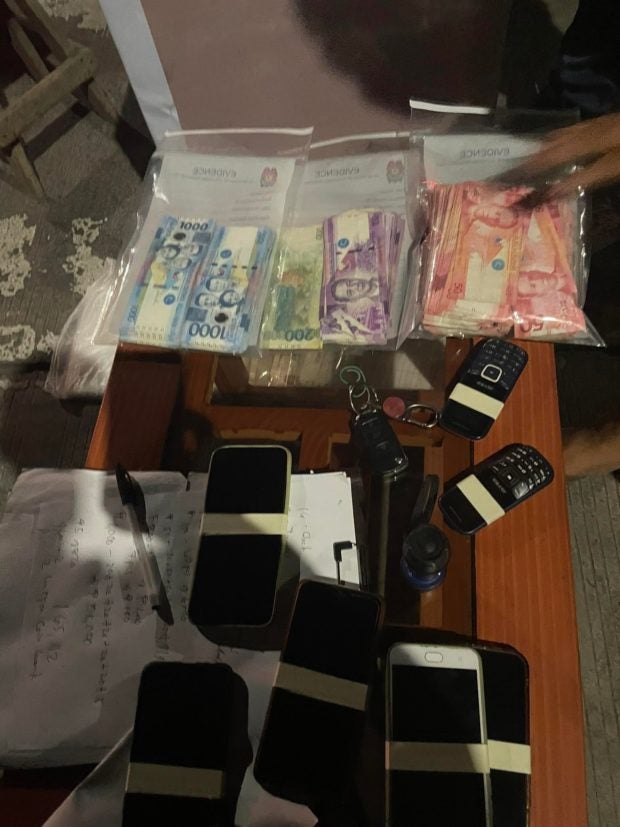 Assorted high powered firearms and cash seized from the two arrested policemen at a checkpoint in General Santos City after they allegedly robbed a trader on Tuesday night. CONTRIBUTED PHOTOS

After the incident, the fish dealer called the police, who immediately put up chokepoints along the way and arrested the erring cops and their civilian companions on their way back to Davao City.

Medina, Ararao, and their civilian companions Edwin Salvador, 40, and Winston Jay Ongco, 30, were apprehended in a chokepoint in Barangay San Jose, and yielded their personal belonging like cellular phones and the P165,000 in cash they took from the victim, according to the police.

“Police Regional Office 11 would not tolerate any personnel engaging in any act of lawlessness or crime. Hence, everyone could expect a fair and honest investigation,” the PRO 11 said in a statement.

Aside from the criminal complaints, the two erring policemen would also face administrative complaints, hence, are forced to take a “leave of absence,” the PRO stated.

She said her office vowed to make the erring police accountable for their actions once proven to have committed the crime.

“The DCPO will not condone anyone in its ranks who committed a crime. They must face the consequences of their actions,” Dela Rey said.

The two policemen and civilian companions are jailed at the General Santos City lock-up facility.