Bongbong Marcos to slain journalist's kin: ‘We are ready to help’ | Inquirer News

Bongbong Marcos to slain journalist’s kin: ‘We are ready to help’ 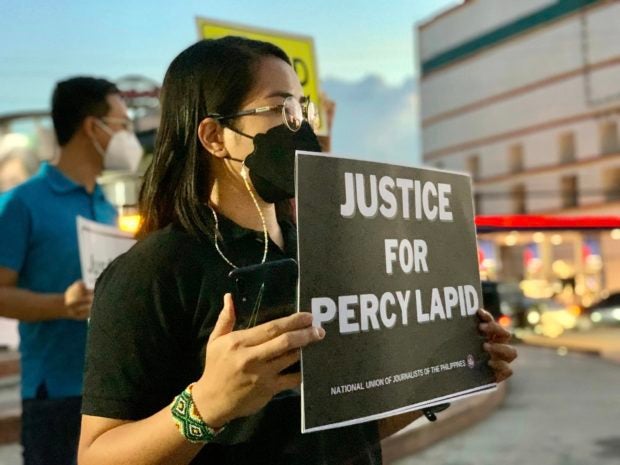 An indignation rally was held along Timog Avenue in Quezon City on October 4, 2022.to condemn the killing of veteran broadcaster Percival Mabasa, who was more popularly known as Percy Lapid,  (Photo from Kabataan Partylist’s Facebook Page)

“We are ready to help. The President wants to send that message,” Bersamin told Lapid’s bereaved wife and son.

Bersamin said that Marcos had since ordered Palace officials to keep an eye on the investigation into the journalist’s killing.

Bersamin also assured Lapid’s family that under the Presidential Task Force on Media Security, “everything will be done to get to the bottom of the crime.”

The Philippine National Police earlier vowed to bring justice for Lapid. It has already formed a special investigation task force to look into the case.

Lapid, a fierce critic of the Duterte and Marcos administrations, was shot dead Monday night by a motorcycle-riding assailant at the gate of a subdivision in Las Piñas City.

Police said that a sport utility vehicle, believed to have been driven by an accomplice, was seen rear-ending Lapid’s vehicle before the shooting happened.

According to the National Union of Journalists of the Philippines, Lapid is the second journalist to have been killed under the Marcos administration. The first is radio broadcaster Rey Blanco, who has stabbed to death in Negros Oriental last September.