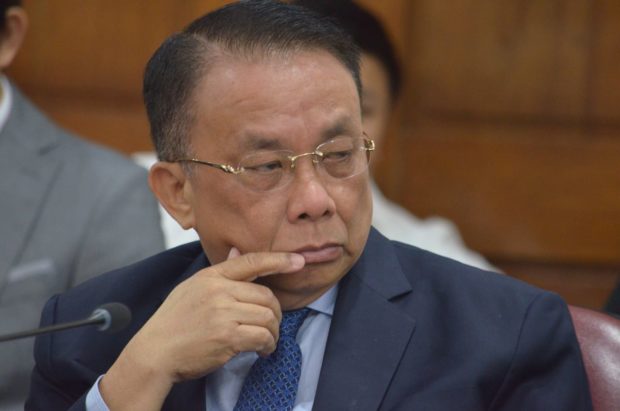 Newly appointed Executive Secretary Lucas Bersamin said the President, whom he described as a “matinee idol,” watched the race in his “private time” and he did not “bother anyone.”

“I don’t think he bothered anyone but he must have been invited there because his presence there might have added there some suspense and intrigue and some importance to that event,” he told reporters in an interview.

“Alam ninyo, our President naging matinee idol eh. His presence in an event like that will be well appreciated and he might have attracted more audience. It’s not immodest, it’s not contrary to morals, private time ‘yan,” Bersamin added.

The Palace official slammed the criticism of the President’s trip to the city state as “insensitive,” instead of the other way around, since Marcos is entitled to his own private time.

“What’s so insensitive about it?Alam niyo kung sino ‘yung mga nanuod doon? Mga ministers din na tulad niya. He was even higher than all of them,” Bersamin said.

(Do you know who also watched the race? Ministers like him.)

“It is something that would attract big people in other countries in Asia. The President was not the only dignitary there,” he added.

He defended the secrecy of the trip saying it could not be announced beforehand for security reasons.

The Palace did not officially inform the public about Marcos’ trip to Singapore, despite repeated queries by reporters.

The trip was held just weeks after the President flew there for a state visit, and barely a week after a super typhoon wreaked havoc over some parts of the Philippines.

The race was conducted from Sept. 30 to Oct. 2 and President Marcos only confirmed his trip to Singapore on Oct. 3, saying it was a “productive weekend.”

“It was fulfilling to have been invited alongside several dignitaries and to have met new business friends who showed that they are ready and willing to invest in the Philippines. Will be sharing more details on this at a later time,” he said, without giving further details.