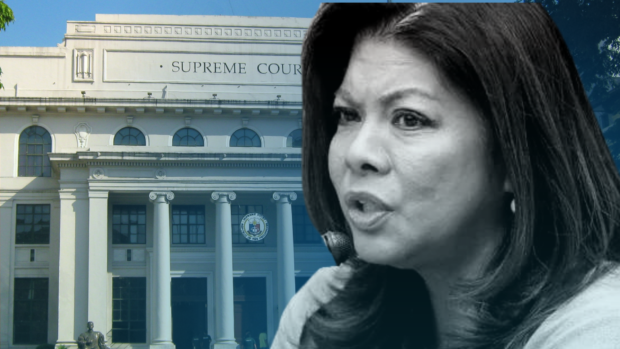 MANILA, Philippines — Former National Task Force to End Local Armed Conflict (NTF-Elcac) spokesperson Lorraine Badoy is now the subject of a show cause order from the Supreme Court (SC) asking her to explain why she should not be cited for indirect contempt for her statements against Manila Regional Trial Court Judge Marlo Magdoza-Malagar.

Badoy was given 30 non-extendible calendar days upon notice to explain why she should not be cited in contempt of the judiciary and the SC.

Specifically, the high court required Badoy to explain the following:

The SC, in the same order, took note of the statement made by Hukom Inc., an organization of trial court judges, in reaction to the social media posts made by Badoy against their colleague.

In her social media post, Badoy called Manila Regional Trial Court Judge Marlo Magdoza-Malagar an “idiot judge” who lawyers for the Communist Party of the Philippines-New People’s Army (CPP-NPA). She also made a hypothetical situation about her “killing” the judge but she can beg for leniency as it was done because of her political belief. The post has since been deleted and denied.

In a separate post, Badoy asked why Magdoza-Malagar was “so well-versed” about the Constitution of the CPP-NPA that only the group’s members should supposedly know. She also mentioned human rights lawyers Edre Olalia, Maria Sol Taule, and Rachel Pastores, asking if they were the ones who wrote her decision.

“Recent events, however, have magnified the effect of criticism of the judiciary … We cannot rest easy and accept them as normal and ordinary. These acts must be called out because of the chilling effect on the exercise of our judicial functions and the lasting damage they cause to our institution,” Hukom said in a statement.

The SC likewise noted the statement made by the University of the Philippines College of Law, calling on the high court to take action against Badoy’s statements.

Meanwhile,  the Office of the Court Administrator has already taken steps to ensure the safety and security of Magdoza-Malagar.

This is not the first time that the SC acted against red-tagging of members of the Bar and the Bench.

In March, the SC said the killings and threats against judges and lawyers are “no less than an assault on the judiciary.”

“The Court condemns in the strongest sense every instance where a lawyer is threatened or killed, and where a judge is threatened and unfairly labeled. We do not and will not tolerate such acts that only perverse justice, defeat the rule of law, undermine the most basic of constitutional principles, and speculate on the worth of human lives,” it said.

The SC also enumerated what it has done to address the threats and killings.