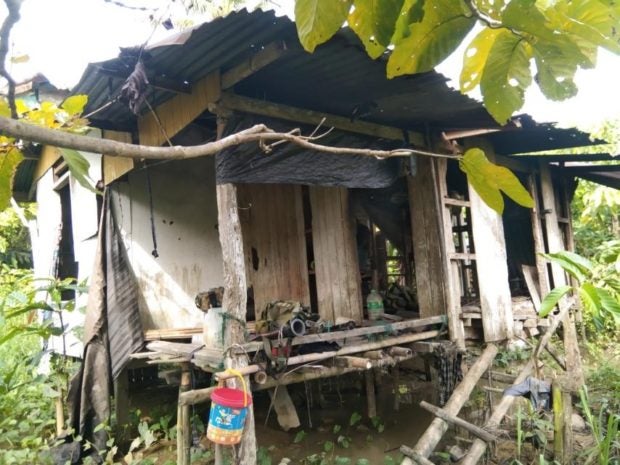 The shanty in the middle of Maguindanao marshland, where members of BIFF make bombs, according to the Army. | CONTRIBUTED PHOTOS BY THE PHILIPPINE ARMY

DATU ODIN SINSUAT, Maguindanao – Government forces have overrun a shanty where members of the outlawed Bangsamoro Islamic Freedom Fighters (BIFF) were believed to be manufacturing improvised bombs in the middle of Maguindanao marshland, the Army said Monday.

Pangcog said the clearing operation that started on Friday also led to the recovery of improvised bombs and bomb-making components. 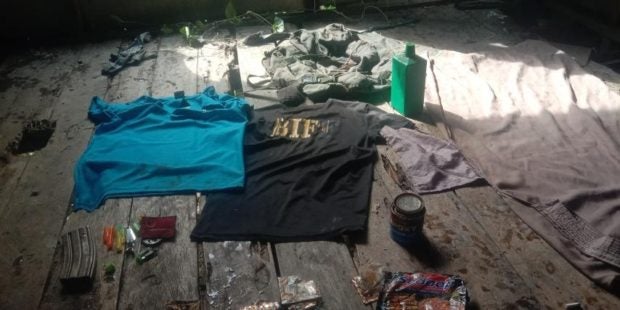 Improvised bombs and their components seized during the clearing operations in Shariff Saydona Mustapha, Maguindanao. | CONTRIBUTED PHOTOS BY THE PHILIPPINE ARMY

Earlier, Datu Saydona Mustapha town residents had complained of being harassed by the BIFF, who reportedly mulcted money from and imposed forced taxation on them.

Pangcog said farmers and fisher folks complained of being prevented by the BIFF from going to their farms or fishing in the marshland.

While the Army continues its operation against the local terror groups, Pangcog said the government remained open to those who wished to surrender.

BIFF commander, 28 others yield to Army