How hurricane categories forecast the scale of destruction | Inquirer News

How hurricane categories forecast the scale of destruction 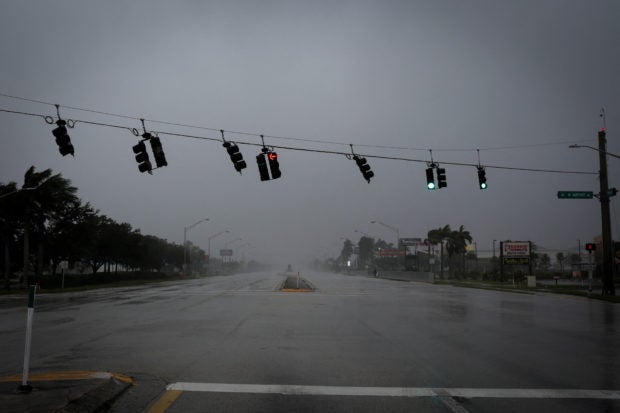 Hurricane Ian approached Florida’s Gulf Coast on Wednesday as a powerful storm just one rating shy of the highest category designation given to storms in the United States.

Storm strength is defined by the Saffir-Simpson Hurricane Wind Scale, which assesses hurricane systems on a rating between 1 and 5, according to the National Hurricane Center. The scale, created by and named for wind engineer Herb Saffir and meteorologist Bob Simpson, is used to forecast wind intensity and potential damage.

Storm strength is categorized by a hurricane’s maximum sustained wind speed and can change throughout the course of a weather event. It does not consider other factors such as storm surge, rain flooding and tornadoes.

Ian is a Category 4 with sustained winds of 155 miles per hour (250 km per hour), the NHC said. Hurricanes rated a 3 or higher are considered major storms.

Here is a look at the hurricane scale:

These storms have sustained winds of 96-110 mph (154-177 kph). Determined to be “extremely dangerous,” winds can bring major damage to home exteriors, uproot trees that block roads and cause near-total power blackouts that could last weeks. A substantial risk of death is present.

These major storms have sustained winds of 111-129 mph (178-208 kph). The winds are expected to cause “devastating damage” to buildings, including blown roofs, and uproot trees. In addition to lost power, water outages could occur from days to weeks after the storm passes. There is a high risk of death.

Category 4 storms, such as Hurricane Ian, carry sustained winds of 130-156 mph (209-251 kph). Winds can cause “catastrophic damage” to homes, including destroyed roofs and exterior walls. In addition to fallen trees, downed power poles have potential to leave areas without power and uninhabitable for months. The risk of death or injury is considered very high.

The highest designation given to hurricanes with sustained winds exceeding 157 mph (252 kph). Winds cause “catastrophic damage” that leave many homes destroyed and residential areas isolated due to downed trees and power poles. Given the extensive damage and loss of power, areas could be left unlivable for months. Risk of injury and death, even for those indoors, is very high.