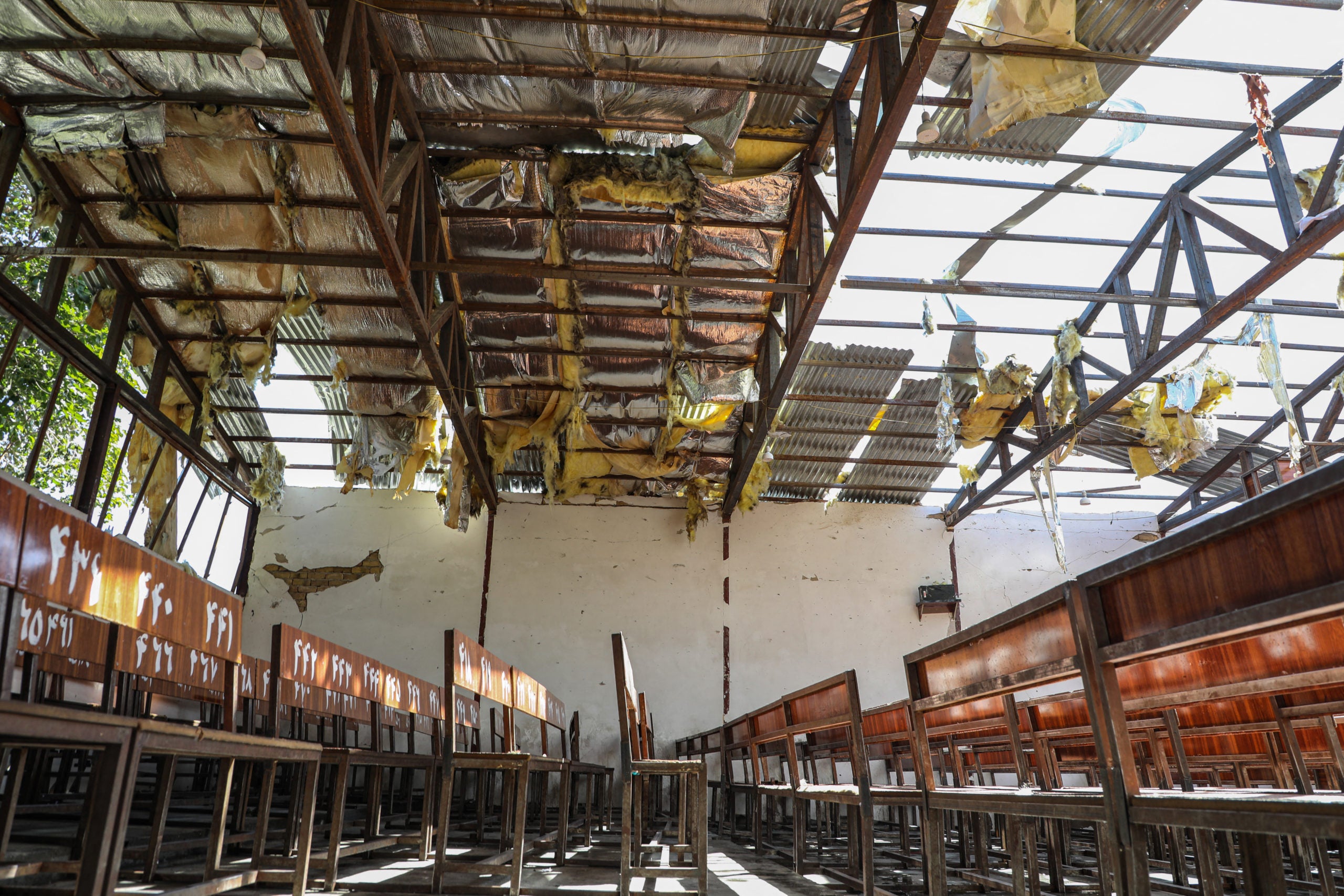 A general view of the damaged hall pictured at the site of a suicide bomb attack in the learning center in the Dasht-e-Barchi area in Kabul on September 30, 2022. (Photo by AFP)

KABUL, Afghanistan — The death toll of a suicide bombing on a Kabul classroom has risen to 35, the UN said Saturday, as Shiite Hazara women who bore the brunt of the attack staged a defiant protest against the “genocide” of their minority community.

On Friday a suicide attacker blew himself up in a Kabul study hall as hundreds of pupils were taking tests in preparation for university entrance exams in the city’s Dasht-e-Barchi area.

The western neighbourhood is a predominantly Shiite Muslim enclave and home to the minority Hazara community — a historically oppressed group that has been targeted in some of Afghanistan’s most brutal attacks in recent years.

“The latest casualty figures from the attack number at least 35 fatalities, with an additional 82 wounded,” the United Nations Assistance Mission in Afghanistan (UNAMA) said in a statement.

The UN mission’s casualty figure is much higher than the death toll Kabul police have given — they said 20 people were killed and 27 wounded in the assault on the Kaaj Higher Educational Centre.

Since returning to power last August, security has been a sensitive topic for the Taliban and the hardliners have often been keen to downplay attacks challenging their regime.

Meanwhile on Saturday dozens of Hazara women defied a Taliban ban on rallies to protest the latest bloodshed in their community.

Around 50 women chanted, “Stop Hazara genocide, it’s not a crime to be a Shiite”, as they marched past a hospital in Dasht-e-Barchi where several victims of the attack were being treated.

Witnesses have told AFP that the suicide attacker detonated in the women’s section of the gender-segregated study hall.

“We demand a stop to this genocide. We staged the protest to demand our rights.”

Protesters later gathered in front of the hospital and chanted slogans as dozens of heavily armed Taliban, some carrying rocket-propelled-grenade launchers, kept watch.

Since the hardline Taliban returned to power, women’s protests have become risky, with numerous demonstrators detained and rallies broken up by Taliban forces firing shots in the air.

No group has claimed responsibility for Friday’s attack.

But the jihadist Islamic State (IS) group regards Shiites as heretics and has previously claimed attacks in the area targeting girls, schools and mosques.

The Taliban also regard the Hazara community as heathens, and rights groups often accused the Islamists of targeting them during their 20-year insurgency against the former US-backed government.

Since returning to office the Taliban have pledged to protect minorities and clamp down on security threats.

However, Amnesty International said Friday’s attack was “a shamefaced reminder of the inaptitude and utter failure of the Taliban, as de-facto authorities, to protect the people of Afghanistan”.

In May last year, before the Taliban’s return to power, at least 85 people — mainly girls — were killed and about 300 were wounded when three bombs exploded near their school in Dasht-e-Barchi.

Again, no group claimed responsibility, but a year earlier IS claimed a suicide attack on an educational centre in the same area that killed 24.

IS has emerged as a key security challenge for the Taliban, but officials claim their forces have defeated the jihadists.