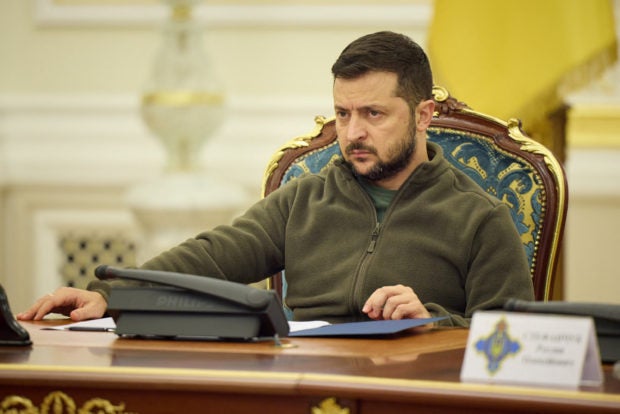 Ukraine’s President Volodymyr Zelenskiy attends a meeting of the National Security and Defence Council, amid Russia’s attack on Ukraine, after Russia held what it called referendums – votes that were denounced by Kyiv and Western governments as illegal and coercive – in Kyiv, Ukraine September 30, 2022. Ukrainian Presidential Press Service/Handout via REUTERS

Ukrainian President Volodymyr Zelensky on Friday said Kyiv’s forces had achieved “significant results” in the east of the country and mentioned the Russian-occupied stronghold of Lyman, but without giving details.

Zelensky made the remarks in a video address. Ukraine’s defense ministry said earlier its troops had captured a village near Lyman, in the eastern Donetsk region.

Ukraine’s Zelensky: fierce battles along frontline, with some ‘positive results’