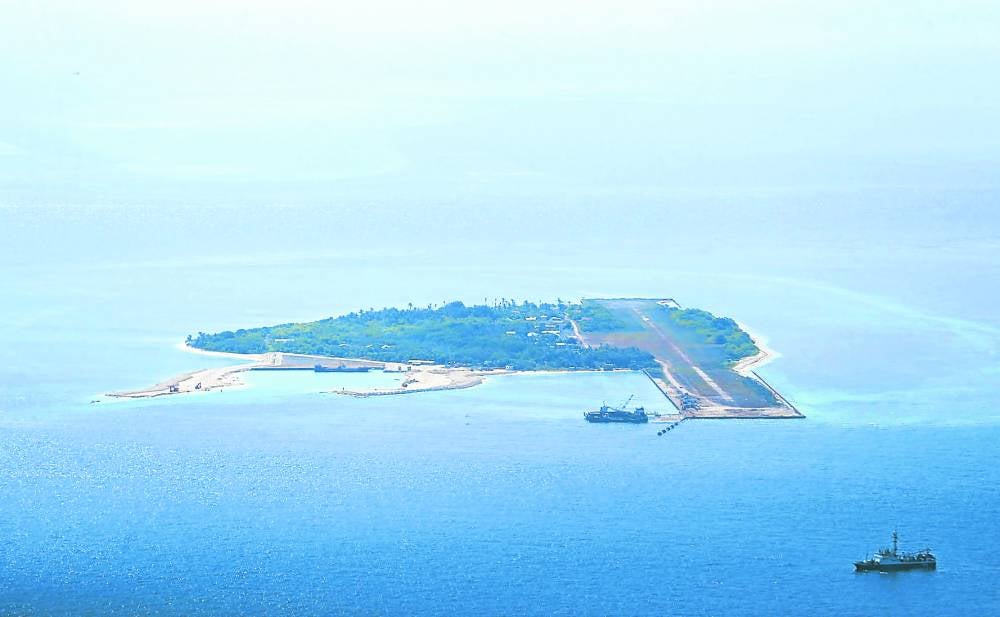 Aerial view of Pag-asa Island, Kalayaan Group of Islands, Palawan as seen from the cockpit of a PAF C-130T.  INQUIRER FILE PHOTO/LYN RILLON

PUERTO PRINCESA CITY — Kalayaan town in Palawan has rejected proposals to conduct joint oil and gas exploration between the government and China in the West Philippine Sea, where its only village Pag-Asa is located.

The municipal government formalized its opposition in resolution approved by the town council approved on Sept. 20.

Kalayaan town council member Maurice Phillip Albayda said in an interview Wednesday that such agreement would be tantamount to giving China an opportunity to assert its claims on Philippine territory.

The town council passed the resolution after Sen. Robin Padilla sought the resumption of bilateral talks with China on joint exploration in the West Philippine Sea.

The free and informed consent of affected communities is crucial in getting permits for any project involving Philippine natural resources. “We’d like to oppose [Padilla’s resolution], and the idea is not to single out China,” Albayda said.

He added that instead of the joint exploration, the government should first review existing laws to find ways to lower fuel prices before thinking about joint explorations with other countries. —GERALD TICKE

Read Next
UP readies face-to-face classes in November
EDITORS' PICK
PNP: To avoid crypto scam, visit BSP website
LPG prices up by P2.25-P2.27/kg effective Dec 1
Pagasa: 1 to 2 storms expected in December
The vivo Y16 makes the season of giving more thoughtful for the whole family
House energy committee chair Arroyo bats for cheap electricity
The Best Tech Gifts For The 2022 Holidays
MOST READ
Don't miss out on the latest news and information.