CJ Gesmundo to judges: You can count on us | Inquirer News

CJ Gesmundo to judges: You can count on us 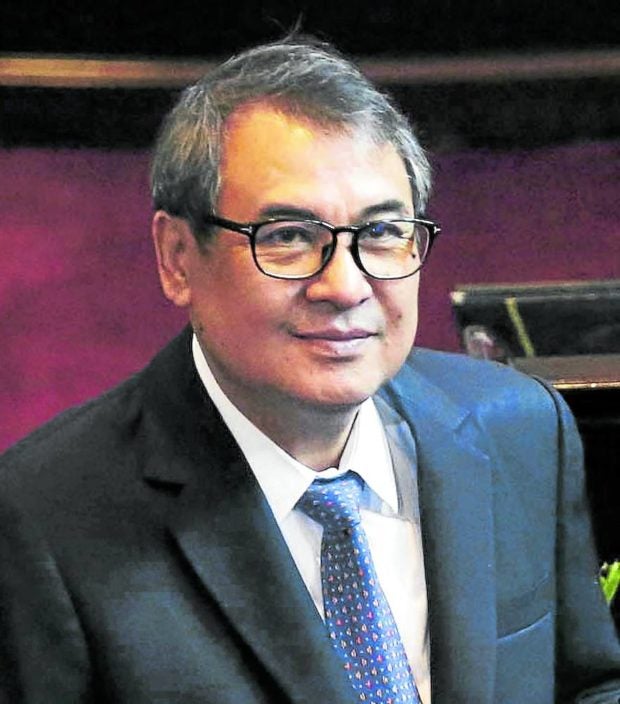 MANILA, Philippines — “The Supreme Court will always be your safe haven,” Chief Justice Alexander Gesmundo on Thursday told members of the Metropolitan and City Trial Judges Association of the Philippines (MetCJAP).

In his speech during the annual MetCJAP Convention, Gesmundo said: “You can count on us.”

Gesmundo’s assurance came following the SC’s warning against those threatening judiciary members and their families.

“The Court sternly warns those who continue to incite violence through social media and other means which endanger the lives of judges and their families, and that this shall likewise be considered a contempt of this court and will be dealt with accordingly,” the SC warned.

The warning is contained in Administrative Matter No. 22-09-16-SC, which also mentioned that it would tackle motu proprio (on its own) possible actions regarding threats issued by former NTF-ELCAC Spokesperson Lorraine Badoy against Manila Regional Trial Court Presiding Judge Marlo A. Magdoza-Malagar.

Magdoza-Malagar dismissed the government’s petition to declare the Communist Party of the Philippines and its armed wing, the New People’s Army (CPP-NPA), as a terror organization.

“While it is our constitutional duty to supervise our lower courts, it is our moral duty to protect each of you and ensure that you are able to perform your duties free from any threat, harassment, undue influence, coercion, and certainly, any form of violence,” Gesmundo said.

“The Supreme Court, under my watch, is very serious about protecting our frontliners,” he added.

Gesmundo said they would thoroughly scrutinize complaints against judges.

Citing a 2022 SC ruling on Gov. Tallado, et al. Versus Judge Racoma,, Gesmundo said the SC “categorically instructs that as long as a judicial remedy is available to a complainant, an administrative charge against a judge shall and must be dismissed outright.”

Gesmundo said the Tallado case sets out guidelines for ensuring every administrative case against a judge gets more scrutiny, examining whether the complainant harasses the judge or exerts undue influence based on the context of the complaint and the judge-complainant relationship.

In the Tallado case, Daet Camarines Norte Presiding Judge Winston S. Racoma was slapped with an administrative case after he issued an injunction against the suspension of Municipal Mayor Senandro Jalgalado.

The Judicial Integrity Board (JIB) recommended that the judge be found guilty of gross ignorance of the law and procedure and fined P200,000 plus a stern warning that a repetition shall be dealt with more severely.

But the SC rejected JIB’s recommendation and dismissed the complaint against the judge.

In a full court ruling, the SC said if a judge commits errors, the recourse should be a judicial remedy, not filing an administrative complaint.

The SC also noted that not only Judge Racoma but several judges had been the subject of several complaints by politicians in their area.

“The Court must ever be vigilant in protecting judges and justices against administrative cases filed against them that are meant solely to harass, embarrass, or vex them,” the SC said.

The SC also ordered the complainants against Judge Racoma to explain why they opted to file a premature complaint and why they should not be cited in contempt of court.

“The reason behind the power to punish for contempt is that respect of the courts guarantees the stability of their institution; without such guarantee, the institution of the courts would be resting on a shaky foundation,” the SC added.