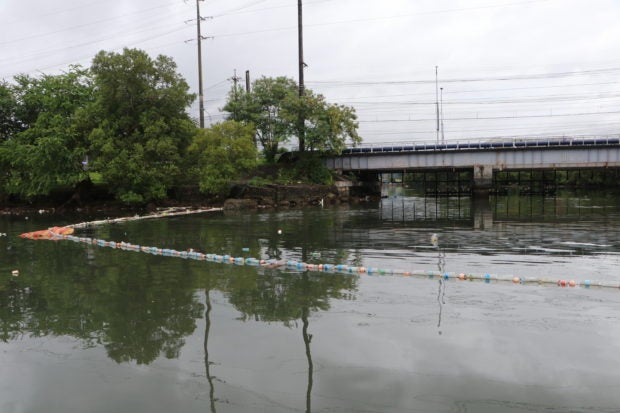 An improvised garbage boom is installed under the Rizal Highway Bridge inside the Subic Bay Freeport to prevent trash from reaching the open sea. (Photo courtesy of SBMA)

Col. Alfredo P. Agustin Jr., LED manager, said they came up with the improvised trash boom to prevent garbage from entering the free port’s waters through the Rizal Highway Bridge.

In a statement Thursday (September 29) Agustin said the old mesh wire underneath the bridge became dilapidated, prompting them to replace it with the improvised trash boom.

According to Ador Fajardo, chief of the Harbor Patrol unit, most of the materials they used to make the trash boom were recycled. These include capped PET bottles and old floaters.

“We spent only P80 to buy an additional roll of copper wire to tie more bottles together,” Fajardo said.