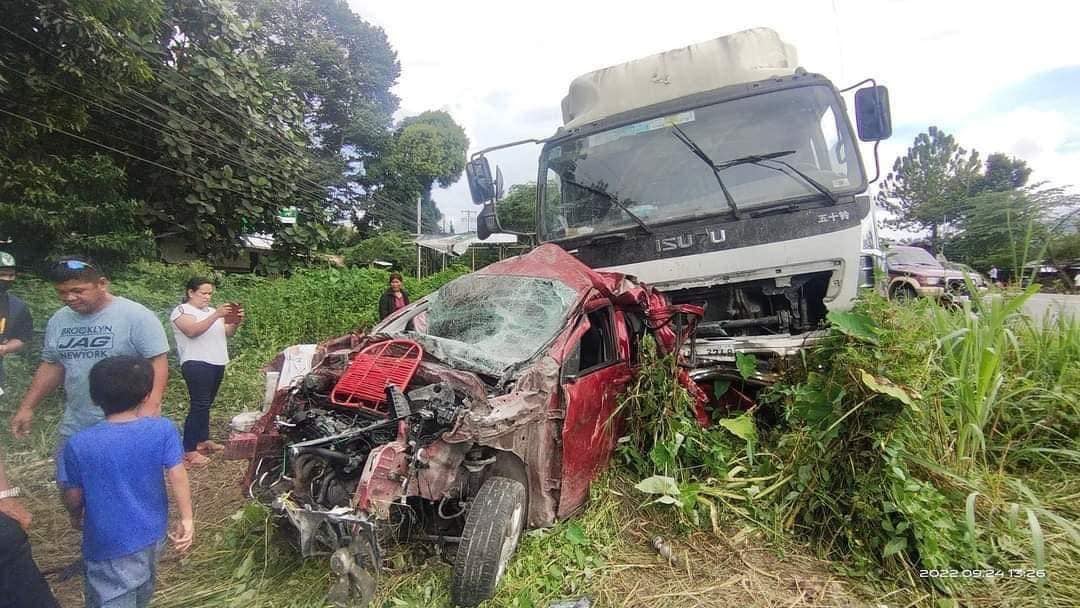 Those aboard this red car survived an accident last September 23 in Tupi, South Cotabato, despite being wrecked by a wayward cargo truck. (Photo from FB page of Kristine Mae Aban Badoraya)

KORONADAL CITY — Police authorities in South Cotabato are set to file multiple criminal charges against the driver of a wayward 10-wheeler truck involved in a freak accident along the national highway in Tupi town last week.

In a statement, Brig. Jimili Macaraeg, Region 12 police director, said they are finalizing the information sheet to be submitted before the South Cotabato prosecutor’s office against Albert Zambrano, 26, driver of a cargo truck that plowed 14 vehicles and pedestrians along a sloppy portion of the Gen. Santos-Koronadal highway.

The mishap that occurred around 6 p.m. last September 23, left a father and his son dead, and injured 17 others.

Pinned to death were Diamaloden Makasahe, 28, and son Jannaiden, who both died on the spot.

Makasaehe was driving a “top-down” tricycle with his son from Poblacion Tupi and was heading home to Tampakan, South Cotabato when hit from behind by the wayward truck.

Zambrano told police traffic investigators that the brake system of his Isuzu truck had malfunctioned and he lost control of the vehicle.

Land Transportation Office (LTO)-12 assistant regional director Robert Kiunisala said in a radio interview that the agency is conducting a parallel investigation to determine the liability of the truck driver.

If found negligent, LTO will recommend the revocation of Zambrano’s driving license.

Kristine Mae Aban Badoraya, driver of a red Suzuki Celerio, and her companion have miraculously survived with light injuries after her car was plowed and dragged by the wayward cargo truck for more than 30 seconds.