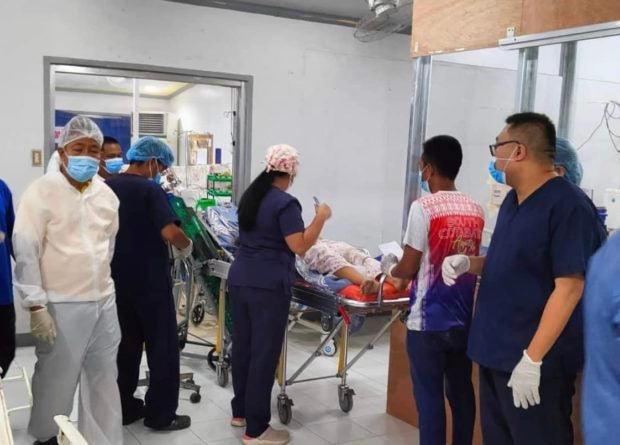 KORONADAL CITY – A wayward truck plowed into at least 14 vehicles along a busy national highway in Tupi, South Cotabato, killing at least two people on the spot and wounding 14 others, mostly students of a private school waiting for a ride.

Rolly Aquino, head of South Cotabato Provincial Disaster Risk Reduction and Management Office (PDRRMO), said the 10-wheeler truck from General Santos City on its way to this city appeared to have lost its brake as it reached the descending portion of the highway past 6 a.m. Friday, September 23, bulldozing its way through the busy highway and hitting vehicles along its way.

“We are still trying to determine the exact number of fatalities and those injured,” Aquino said in a radio interview, also citing a video footage of the incident that netizens posted on social media. 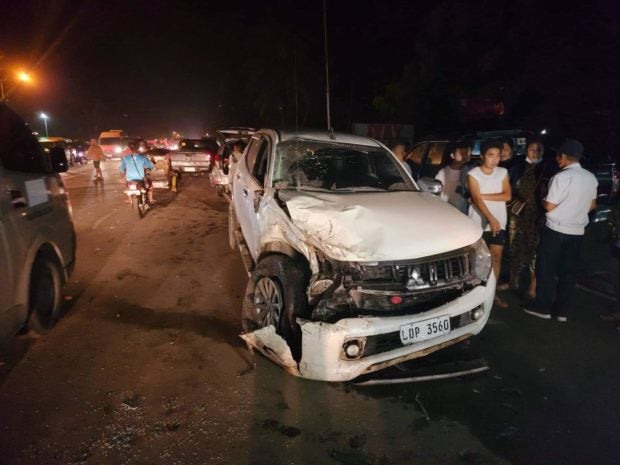 Some of the vehicles hit by the wayward cargo truck which seemed to have lost its brake as it reached the descending portion of the highway in Tupi, South Cotabato Friday, Sept. 23, 2022. (Contributed photo from PDRRMO chief Rolly Aquino)

He said several victims were students of the South East Asia Institute of Technology Incorporated (SEAIT) waiting for a ride along the roadside when the wayward truck, came crashing on a small car, hitting some of the students in the process.

Police were still trying to track the identity of the driver and his whereabouts as an angry mob ran towards the truck after it smashed the roadside metal railings and fell into a sloping portion along the side of the highway.