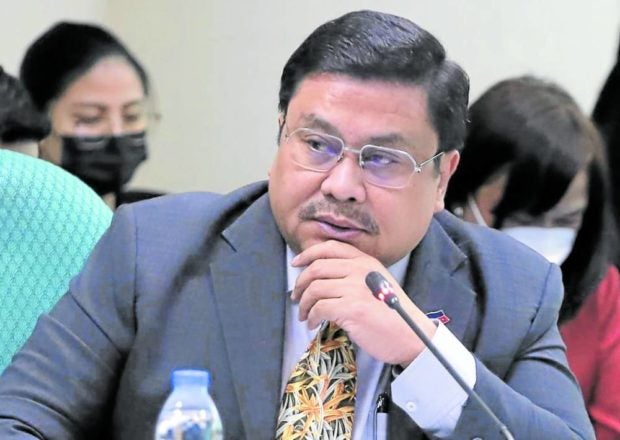 MANILA, Philippines — One of the alleged favored suppliers of the Department of Education (DepEd) has cornered close to P6 billion in contracts for its information and communications technology (ICT) requirements.

Senator Jinggoy Estrada disclosed this Thursday during the ongoing investigation of the Senate blue ribbon committee on the P2.4 billion “pricey but outdated” laptops that the DepEd purchased for public teachers.

“Based on my own research, is it accurate to say that ASI has been awarded similar contracts for the supply and delivery of DepEd’s IT or computer requirements since 2015? Am I correct?” the senator asked education officials present in the hearing.

DepEd Director Abram Abanil responded  yes to the question, prompting  Estrada to ask this: “Would you confirm that the total value of these contracts is close to P6 [billion]?”

Abanil said he could not confirm the amount.

A representative from ASI, Fritzie Ventenilla, later confirmed that the total cost of the contracts amounted to P6 billion.

Estrada nevertheless pressed the ASI representative to confirm if the total cost of their contracts amounted to P6 billion.

Before this, Estrada asked the DepEd why it did not find it imperative to look into the contracts considering that the amount involved billions of pesos.

“The consistency under which ASI or the Advance Solutions, Inc has been awarded these contracts, does that not raise suspicion? Sa dami ng inaward ninyo sa ASI bakit parang may favoritism kayo dyan? (With the many contracts you gave to ASI it seems you have a favoritism there),” the senator asked.

“Do you think the purpose of public bidding is achieved if government contracts are consistently awarded to a particular supplier? Doesn’t this practice give a semblance of favoritism that should warrant investigation by the procuring entity”

“Dapat simula pa lang inimbestigahan ninyo na ito (You should have investigated this from the start). Dahil (Because) this is very glaring, you understand? Because you awarded several contracts in favor of ASI in billions of pesos and based on my own research, umaabot na ng anim na bilyon (it reached 6 billion)! Hindi ba kataka-taka ‘yan (Isn’t that suspicious)? Bakit hindi kayo nagsagawa ng imbestigasyon (Why did you not conduct an investigation) from the very start?” he further asked.

But Ventilla said they were not favored in the awarding of the contracts.

“Hindi naman po paborito (It’s not favoritism). We actively participate in all DepEd biddings, simula pa noong (since) 2013 to present,”  she said.

ASI was one of five suppliers that, according to Estrada, have been cornering “juicy” deals from the DepEd. The four others are Columbia Technologies, Reddot Imaging Philippines, Techguru Inc., and Girl Teki Inc.

“Why are these suppliers so lucky that they almost always win juicy Deped contracts that run into billions of pesos over the years?” Estrada asked in a statement last week.