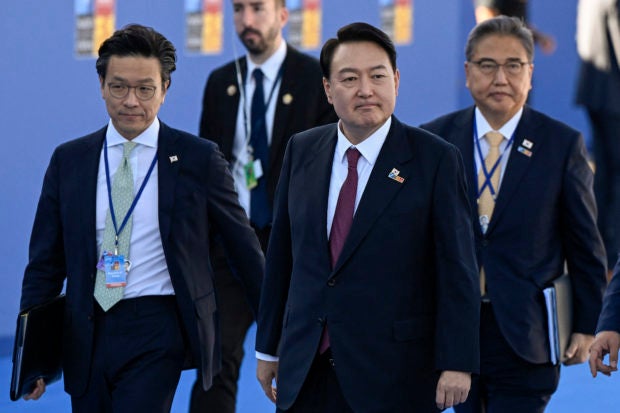 SEOUL — South Korea established its first diplomatic mission to Nato in Brussels, Belgium, after it received an official acceptance from the North Atlantic Council.

The North Atlantic Council said Tuesday that the allies agreed to accept Seoul’s request to designate its embassy to Belgium as the country’s diplomatic mission to Nato.

According to the council, the Nato allies agreed to “strengthen dialogue and cooperation with new and existing partners in the Indo-Pacific to tackle cross-regional challenges and shared security interests,” under its new strategic concept.

South Korea first established a partnership with Nato in 2005. Nato started to allow its partner countries to establish diplomatic missions to Nato from 2011.

President Yoon Suk-yeol attended the Nato Summit held in Madrid on June 29-30, a first for a South Korean president. There, he announced the plan to establish the Korean diplomatic mission to Nato.

Nato invited four Asia-Pacific partner nations, South Korea, Japan, Australia and New Zealand, to the June summit for the first time. Among the four countries, South Korea was the only one that had not set up a mission.

Seoul’s move to set up a new mission comes as part of the Yoon administration’s diplomatic goal to turn South Korea into a “global pivotal state.”

“The establishment of a Nato Mission in Belgium would increase information sharing and strengthen our networks with Nato allies and partners,” National Security Officer Kim Sung-han had said.