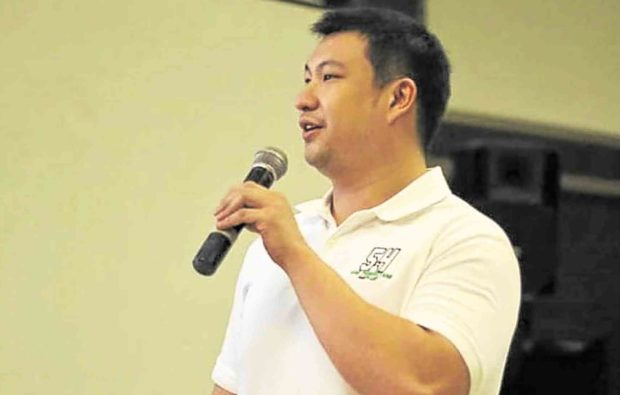 MANILA, Philippines — From the House of Representatives comes another attempt to make tourists captive listeners of Original Pilipino Music (OPM) from the moment they disembark from the plane until they retire into their hotels.

Under House Bill No. 5122, or the proposed Philippine Music in the Hospitality Industry Act filed by Ang Probinsyano Rep. Alfred delos Santos, airlines, tourist bus operators, hotels, resorts and restaurants will face fines of up to P50,000 if they don’t devote at least 20 percent of their sound playlists to OPM.

Explaining his bill, Delos Santos said: “The Philippines is no slouch when it comes to culture and the arts. Our local art scene is replete with talented painters, sculptors, dancers, actors and yes, musicians.”

“Decorated artists such as the Philippine Philharmonic Orchestra, the Madrigal Singers, and household names such as Ryan Cayabyab and Lea Salonga, there is no shortage of Filipino music that we could proudly showcase not just locally but to the rest of the world,” he said.

“Thus, it is our earnest belief that Philippine music should be given the promotion that it deserves,” he said.

It wasn’t the first time that a lawmaker has tried to force OPM on Philippine-bound travelers’ ears.

In December 2021, the House passed on third and final reading HB 10305, which would mandate the playing of Filipino songs in hotels, resorts, restaurants, tourist buses, and all inbound international flights.

By a unanimous 179-0 vote, the chamber approved the measure requiring international flights, upon landing in the Philippines, to devote at least 50 percent of its piped-in music to Filipino songs.

But the bill didn’t receive enough Senate support, leaving it stranded in the 18th Congress.

Delos Santos’ bill requires a lower proportion of obligatory Philippine songs on tourism playlists but strives for similar objectives as the earlier bill.

The lawmaker explained: “In these spaces, occupied by locals and foreign visitors alike, the talent of our musicians could be displayed for everyone’s appreciation. In this way, we could show our full support for the craft of our Filipino artists.”

Under his proposal, all flights from foreign destinations shall be required to devote at least 30 percent of their piped-in music to Philippine music.

It also mandates tourist buses to prepare playlists, at least 30 percent of which must be Philippine-made, to be played on their sound system when ferrying tourists.

Meanwhile, all hotels, resorts and restaurants shall be required to play at least 20 percent Philippine music on their sound system during operating hours.

Under the penal clause, “any board of directors or officer of an airline company who fails to devote at least 30 percent of their piped-in music to Philippine music… shall after due notice and hearing be punished with a fine of P50,000 for every offense.”

Any hotel, resort or restaurant owner or operator who fails to comply shall be fined P20,000 for each violation, according to the bill.

Legarda wants to boost promotion of Philippine Arts and Culture