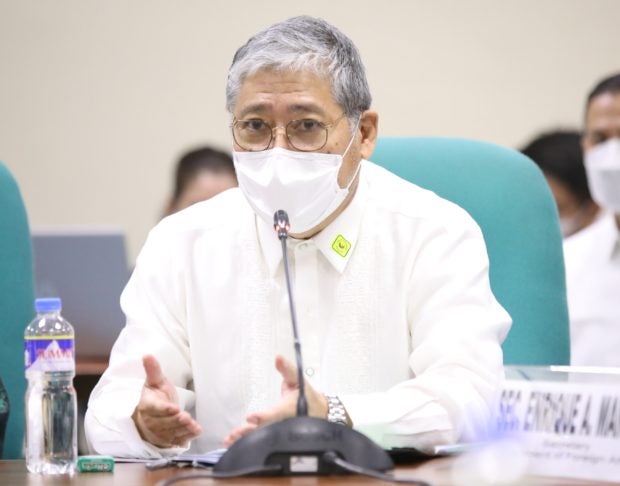 MANILA, Philippines — Foreign Affairs Secretary Enrique Manalo said on Wednesday that the country’s treaties with its allies, especially the United States (US), needed to be updated to adapt to the contemporary circumstances.

During the Commission on Appointments committee on foreign affairs’ hearing on Manalo’s designation, Senator Risa Hontiveros inquired if updating the treaties with other nations is necessary.

“Do you think our treaty relations with the United States — and perhaps even our other allies — should be updated to reflect the new reality or realities surrounding the Mutual Defense Treaty (MDT), so-called gray-zone tactics in our ocean to reflect those new realities?” Hontiveros asked Manalo.

The chief answered: “Yes, your Honor. I think you were really on the correct path that we agree that our relations, of course, should always be constantly updated, especially nowadays.”

“For example, in the case of the US MDT, that in fact is being reviewed continuously at various levels to take into account the changing geopolitical conditions as well as changes in technology and approaches,” he added.

Manalo, who pledged to prioritize the welfare of Filipinos, said that he would act to the country’s best interests.

Hontiveros further quizzed if the country “would not be overly concerned” about Chinese statements urging the Philippines not to touch the MDT.

“Yes, your Honor. That’s precisely what we are doing so we just note whatever statements they may make,” the foreign minister asserted.

“Our first line of protest is through the notes verbale, in fact, which we have been sending quite regularly, the Chinese side, the Chinese government,” he told GP Party Rep. Jose Gay Padiernos who asked what the DFA does for fishermen in the West Philippine Sea.

After the panel’s deliberations, Manalo’s appointment was recommended to the CA plenary, confirming his designation. With reports from Kristelle Razon, INQUIRER.net trainee