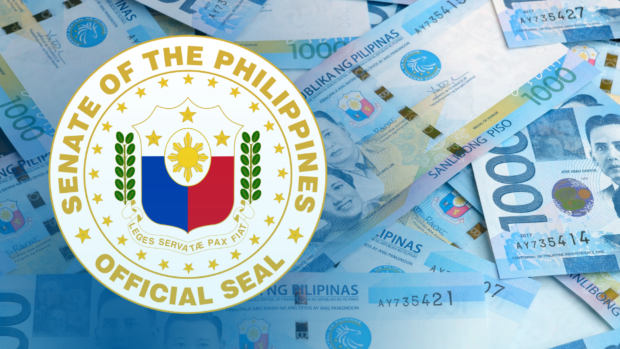 SENATE OF THE PHILIPPINES / STOCK

MANILA, Philippines — A Senate committee has endorsed for plenary approval the proposed 2023 budgets of the Philippine Drug Enforcement Agency (PDEA) and the Dangerous Drug Board (DDB), noting that it will continue to work towards augmenting the agencies’ allocated funds for 2023.

The upper chamber’s subcommitee on finance deliberated on Wednesday the P3.009 billion and P447.414 million budgets of the PDEA and the DDB, respectively.

PDEA director general Wilkins Villanueva said the agency needs an additional P1.7 billion, of which P200 million would be set aside for confidential funds.

(The confidential funds being given to us is measly. For the past three years, it has not moved. And while we receive double of our usual cases, we believe this could further increase if the lack of funds does not hamper our operations.)

Among the PDEA initiatives which would likewise benefit from the sought budget augmentation, according to Wilkins, would be the recruitment and training of 90 drug enforcement officers, the construction of a PDEA Academy, and the development of a PDEA K9 unit among others.

Senator Ronald Dela Rosa, who presided over the deliberations, then vowed to push for a higher budget for the PDEA, but reminded Wilkins that the government has a “very limited fiscal space.”

(Your wishlist is too big. Give us your priorities, your number one, and we’ll find a way to insert more funds there with the help of the chairman of the Senate committee on finance.)

Meanwhile, DDB undersecretary Earl Saavedra said that while they appreciate the increase in the agency’s allocation under 2023 National Expenditure Program, they are calling for an increase in its allotted special funds.

“We’re grateful because inflation was factored in, and at the same time, we are reiterating our humble appeal which is for the special funds to be augmented,” Saavedra said in a mix of English and Filipino.

The special funds, according to him, will be used for the “establishment, maintenance and operations of government-owned and operated [drug abuse treatment and rehabilitation centers].”

(That’s automatic. You don’t need to appeal to me. I’ll help in any way that I can. Fighting drugs is my advocacy. I became a senator because my advocacy was on the issue of drugs, so we have to support you all the way.)

Dela Rosa, a staunch ally of former President Rodrigo Duterte, is one of the strong backers of the erstwhile administration’s bloody war on drugs from his stint as police chief until now as a Senator. —with reports from Catherine Dabu, INQUIRER.net trainee