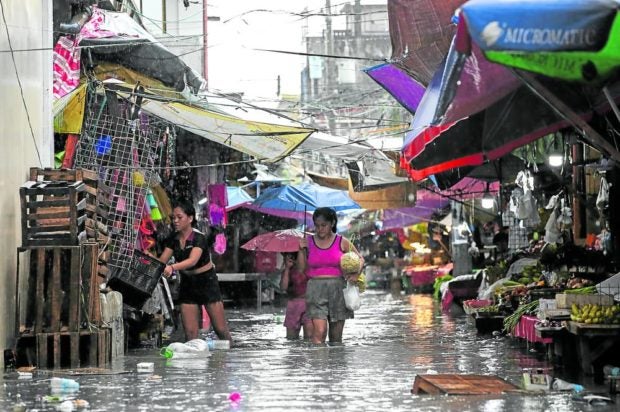 MANILA, Philippines — The energy and trade departments on Monday reminded traders and oil companies to abide by the law mandating price freezes in all areas affected by Supertyphoon “Karding” (international name: Noru), warning that violators will face considerable prison time and fines.

Rino Abad, director of the Department of Energy’s (DOE) Oil Industry Management Bureau told the Inquirer that they would issue advisories in areas where local governments have declared a state of calamity.

“We have already prepared the necessary paperwork for these. We are just waiting for the copies [of the declaration of state of calamity] from the [local governments],” Abad said during a phone interview.

Abad said they would issue the corresponding price freeze bulletin for the municipality of Dingalan in Aurora province, citing new reports that its mayor, Shierwin Taay, has declared a state of calamity.

Sought for comment on possible penalties for would-be-violators, Abad pointed to Republic Act No. 7581, or the Price Act of 1992.

Under the law, penalties for price manipulation include imprisonment of five to 15 years, with fines ranging from P5,000 to P2 million.

Meanwhile, those found violating the price ceiling face imprisonment of one year to 10 years and fines ranging from P5,000 to P1 million.

Meanwhile, the Department of Trade and Industry (DTI) said they were working with the Office of the Civil Defense (OCD), the implementing arm of the National Disaster Risk Reduction and Management Council, to get inputs regarding the price stabilization measures on typhoon-affected areas.

“We will coordinate with the OCD to advise us on declarations. Automatic price freeze applies only to basic necessities,” Trade Undersecretary Ruth Castelo, who heads the department’s consumer protection group, said in a message sent to the Inquirer.