Senate suspends work on Monday due to Karding | Inquirer News

Senate suspends work on Monday due to Karding 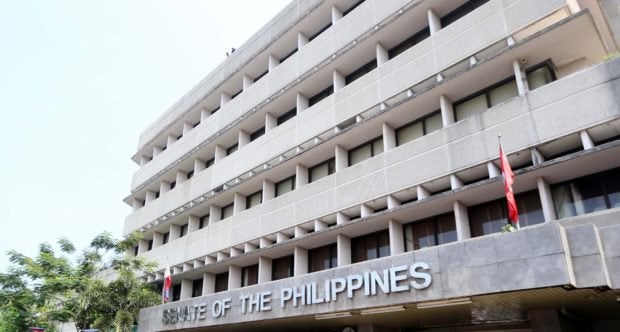 MANILA, Philippines — The Senate has suspended work in its office in Pasay City on Monday as Metro Manila starts to feel the impact of Super Typhoon Karding.

“In view of the approaching Super Typhoon Karding… Senate President Juan Miguel F. Zubiri has declared the suspension of work at the Senate for tomorrow, 26 September 2022,” Senate Secretary Renato Bantug Jr. said in an advisory on Sunday.

The Senate session will resume work on Tuesday at 3:00 p.m., according to Bantug.

In its 2 p.m. update, the Philippine Atmospheric, Geophysical and Astronomical Services Administration (Pagasa) hoisted Signal No. 4 in the northern portion of Metro Manila (Marikina, Caloocan, Malabon, Navotas, Valenzuela, and Quezon City), while the rest of Metro Manila is under Signal No. 3.

READ: Parts of Bulacan, Nueva Ecija, Quezon, Aurora under Signal No. 5 due to Karding