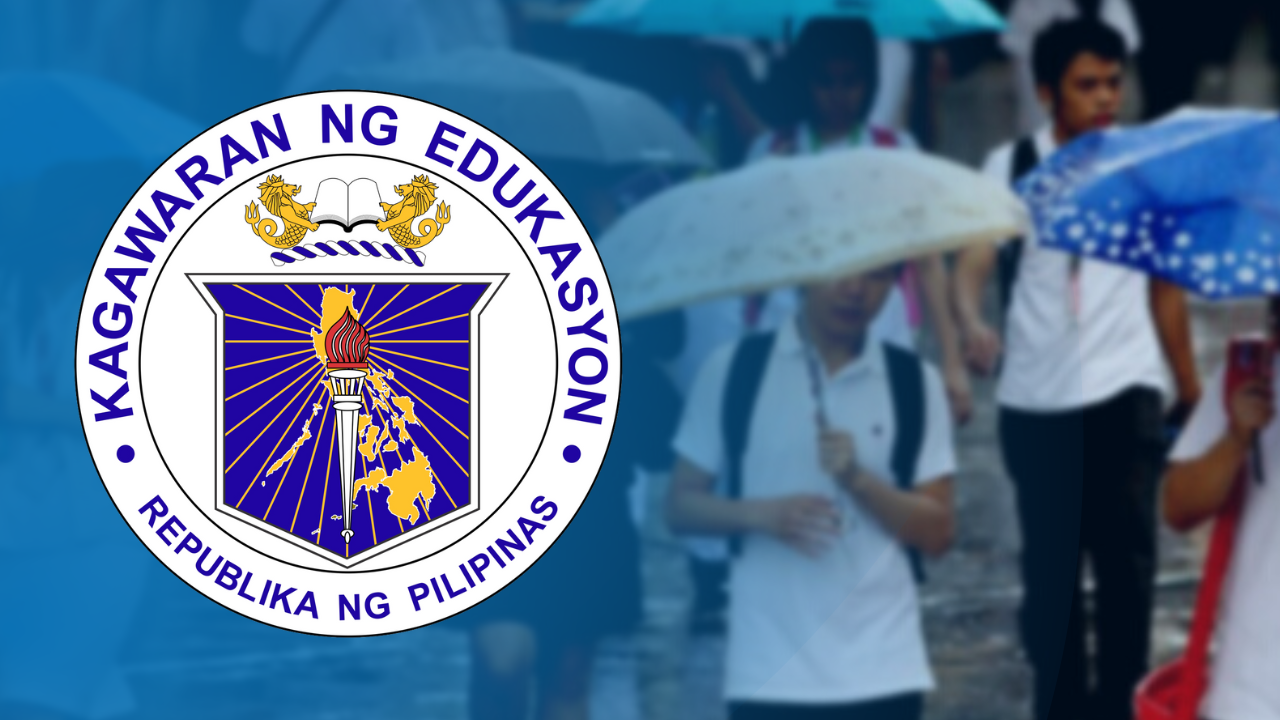 LUCENA CITY (Updated) — The Department of Education (DepEd) in the Calabarzon (Cavite, Laguna, Batangas, Rizal, Quezon) region said that classes and work in schools from kindergarten to Grade 12 and Alternative Learning System (ALS) are automatically canceled whenever there is a typhoon signal in any locality.

The agency posted the reminder on Facebook after the state weather bureau forecast that Super typhoon “Karding” (international name: Noru) would landfall in Northern Luzon around Sunday night, Sept. 25, and would affect most of the island on Monday, Sept. 26.

“In-person, online classes and work from kindergarten to Grade 12 and Alternative Learning System (ALS) are automatically canceled in schools situated in local government units (LGUS) issued with Tropical Cyclone Wind Signals (TCWS) 1, 2, 3,4, or 5 by the Philippine Atmospheric, Geophysical, and Astronomical Services Administration (Pagasa),” the DepEd-Region IV-A explained in a post on its Facebook page Sunday morning.

It cited DepEd Order No. 37 or the guidelines on the cancellation or suspension of classes and work in schools in the event of disasters and other natural calamities.

Karding intensified further before noon Sunday, prompting state meteorologists to raise Tropical Cyclone Wind Signal (TCWS) No. 5 over parts of Quezon province such as Polillo Island and the extreme northern portion of the province (the northern and central portions of General Nakar, and the northeastern portion of Infanta).

TCWS No. 2 is up in Batangas, the rest of Cavite, Rizal, Laguna, and central portions of Quezon.

The rest of Quezon is under TCWS No. 1

Meanwhile, Rizal Governor Rebecca Ynares declared the suspension of classes on all levels in public and private on Monday, Sept. 26, due to typhoon Karding.