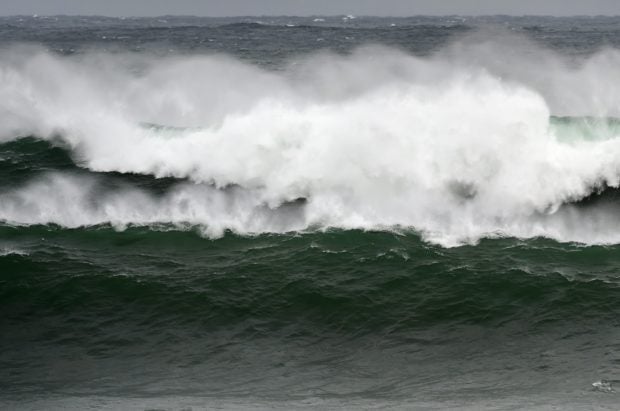 MANILA, Philippines — More than 1,200 passengers and crew members are stranded in different ports in the country as Super Typhoon Karding roars closer to land, the Philippine Coast Guard (PCG) said on Sunday.

The PCG reported that 677 passengers and cargo workers were stranded in 16 ports — including Batangas Port — in Southern Tagalog, while the 535 were also stranded in Virac Port in Catanduanes.

“The PCG has monitored a total of 1,212 passengers, drivers, and cargo helpers; 297 rolling cargoes; 28 vessels; and 13 motorbancas STRANDED, as well as 30 vessels and 8 motorbancas TAKING SHELTER in Southern Tagalog and Bicol regions due to #KardingPH,” the PCG said in its advisory.

The Philippine Atmospheric, Geophysical and Astronomical Services Administration (Pagasa) raised a gale warning over the eastern and western seaboards of Luzon as “Karding” intensified into a super typhoon Sunday morning.

“The combined effects of storm surge and high waves breaking along the coast may cause life-threatening and damaging inundation or flooding,” Pagasa warned.

The center of the eye of “Karding” was estimated some 230 kilometers east of Infanta, Quezon, packing maximum sustained winds of 185 kilometers per hour near the center and gustiness of up to 230 kph.