'Karding' now a severe tropical storm; Signal No. 2 in 3 areas, Signal No. 1 in NCR | Inquirer News 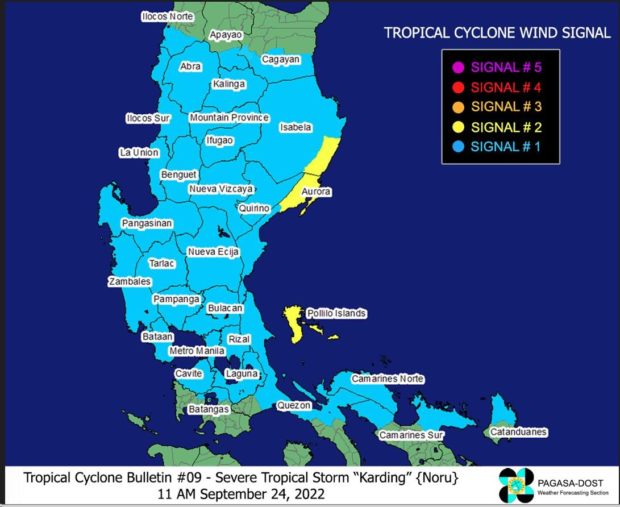 The Philippine Atmospheric, Geophysical and Astronomical Services Administration (Pagasa), on its mid-day update, said that “Karding” is likely to intensify into a typhoon.

“Karding” was last spotted some 660 kilometers east – southeast of  Tuguegarao City, Cagayan, with maximum sustained winds of 100 kilometers per hour (kph) near the center and gustiness of up to 125 kph, Pagasa said.

Pagasa added that based on its current southwestward trajectory, “Karding” is likely to cross Northern and Central Luzon.

Signal No. 2 is up over the following areas:

Signal No. 1 was raised over the following areas: