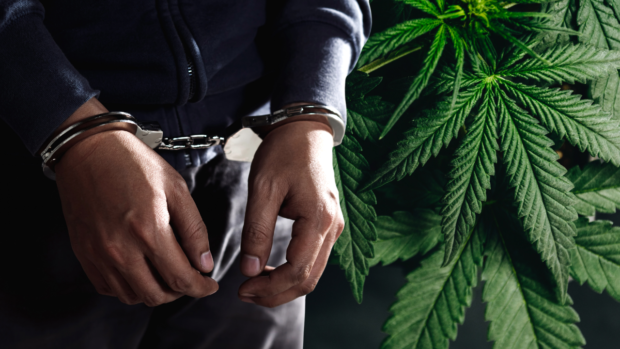 Antinarcotics police arrested two drug suspects including a high-value individual during a buy-bust operation on Sept. 22, the Quezon City Police District reported on Friday. Police Brig. Gen. Jonnel Estomo, director of the National Capital Region Police Office, announced the arrest of Christopher de Mesa, 23, and Leog Paulin Israel, 22, a high-value individual and a regional priority target. City agents conducted the said operations at about 9:36 p.m. along No. 81 Abra Lagoon, Barangay Ramon Magsaysay, Quezon City. Confiscated from the suspects were the buy-bust money, one sling bag and more or less 650 grams of dried leaves of suspected marijuana. The suspects were brought to the Station Drug Enforcement Unit Office for proper documentation. —Abby Boiser