MANILA, Philippines — Medical marijuana can contribute to the country’s economy and government projects as it can generate taxes, Senator Robin Padilla said on Monday.

Padilla noted that the country would need a P5.268-trillion budget next year. Hence, proposing to refer his speech to the Senate Committee on Ways and Means to deliberate on medical marijuana’s economic viability, feasibility, and benefits.

(We need to grow our economy; at this point, the medical cannabis industry, which continuously rises in other parts of the world, can significantly contribute to it.)

(It is time for us to maximize our own. What we sow, we reap.) 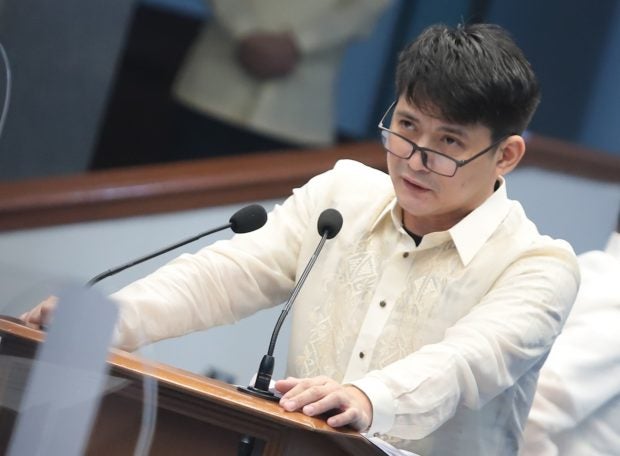 During the plenary session on September 12, Sen. Robin Padilla pushes for the legalization of medical cannabis, the idea of which was first put forward in 2014, as one of the sources of income to fund government projects. Photo credit/Senate PRIB

He added that other countries used taxes from medical marijuana to build schools.

Citing the legal use of medical marijuana in 70 other nations, Padilla pushed for a measure to legalize medical cannabis in the Philippines and sell it at an affordable cost for patients needing it.

(We are pushing for a bill that legalizes the use of medical cannabis because this is the right path if we look at it through the lens of health and economy.)

The use of medical marijuana is among the priority measures of Padilla.