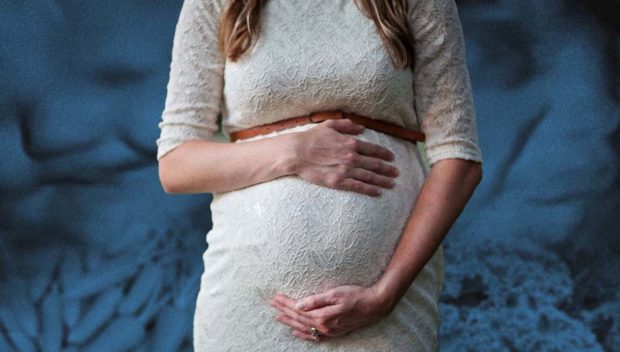 MANILA, Philippines—Do you grimace when eating certain vegetables? Do you smile when eating your favorite greens? A study found that not only do you do that, but even babies still inside their mothers’ wombs can tell the difference.

Previous studies had found that people’s food preferences may begin before birth and could be influenced by the mother’s diet.

Scientists believe that a pregnant woman’s diet might affect the babies’ taste preferences after birth—which could potentially impact the development of healthy eating habits.

In a landmark study recently published in the journal Psychological Science, scientists found direct evidence that babies react differently to various tastes or smells while still inside the womb.

“A number of studies have suggested that babies can taste and smell in the womb, but they are based on post-birth outcomes, while our study is the first to see these reactions prior to birth,” said Beyza Ustun, lead and postgraduate researcher in the Fetal and Neonatal Research Lab, Department of Psychology, Durham University.

Humans experience flavor through a combination of taste and smell. Fetuses, on the other hand, are believed to process tastes and smells by inhaling and swallowing the amniotic fluid in the womb.

The study led by Durham University’s Fetal and Neonatal Research Lab in the United Kingdom (UK) took 4D ultrasound scans of 100 pregnant women to observe how babies respond to certain flavors from foods that their mothers eat.

Scientists scanned 99 pregnant women who were either 32 weeks or 36 weeks pregnant. All women, who volunteered for the experiment to see fetal facial reactions to flavors, were also between ages 18 and 20 and were from the northeast of England.

The rest of the participants were included in the study as part of the control group. 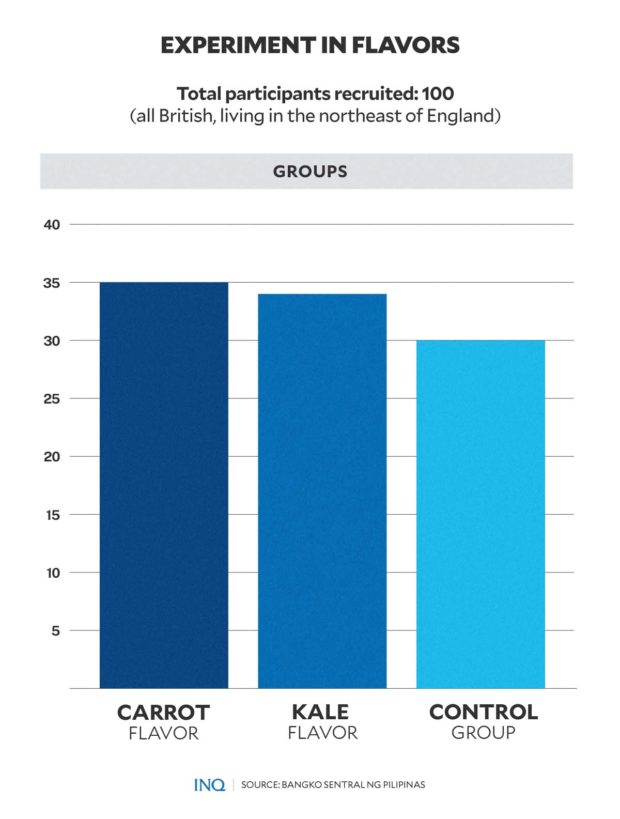 The expectant mothers were instructed to take the capsules 20 minutes before the scan. They were also asked not to consume any food or flavored drinks one hour before.

According to scientists, carrot was chosen for the experiment for its complex flavor “described by adult judges as ‘sweet’ because of its sugar content but also sometimes as having ‘fruity,’ ‘woody,’ or even ‘petrol’ flavors, likely a result of terpenoids present in carrot.”

Kale was chosen since it is believed to taste more bitter to infants than other green vegetables, like spinach, broccoli, or asparagus.

The scientists examined a total of 180 scans of fetuses—32 weeks, 36 weeks or both. They then studied those frame by frame to see the different facial movements of the fetuses, which appeared like a pout or a smile.

“Facial reactions seen in both flavor groups, compared with fetuses in a control group who were not exposed to either flavor, showed that exposure to just a small amount of carrot or kale flavor was enough to stimulate a reaction,” the study noted.

Results showed that in just a short time after the capsules had been ingested by the mothers, the fetuses exposed to carrot showed more “laughter-face” responses or facial movements that resembled laughing.

Those who were exposed to kale showed more “cry-face” responses or a crying expression. 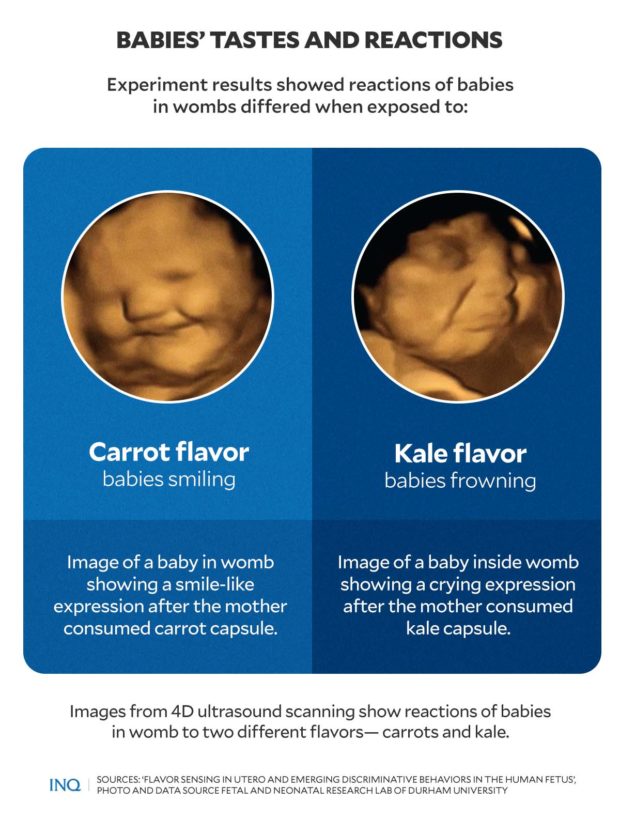 “It was really amazing to see unborn babies’ reaction to kale or carrot flavors during the scans and share those moments with their parents,” said Ustun.

According to the scientists, results of the study expand the current understanding of the development of human taste and smell receptors.

“Looking at fetuses’ facial reactions we can assume that a range of chemical stimuli pass through maternal diet into the fetal environment,” said Benoist Schaal, professor at the  National Centre for Scientific Research-University of Burgundy in France, who co-authored the study.

“This could have important implications for our understanding of the development of our taste and smell receptors, and related perception and memory.”

Co-author Nadja Reissland, head of the Fetal and Neonatal Research Lab, Department of Psychology in Durham University, added that the latest study could have “important implications for understanding the earliest evidence for fetal abilities to sense and discriminate different flavors and smells from the foods ingested by their mothers.”

“Previous research conducted in my lab has suggested that 4D ultrasound scans are a way of monitoring fetal reactions to understand how they respond to maternal health behaviours such as smoking, and their mental health including stress, depression, and anxiety.”

The scientists said their findings might also help with  information given to mothers about the importance of taste and healthy diets during pregnancy.

“[W]e think that this repeated exposure to flavors before birth could help to establish food preferences post-birth, which could be important when thinking about messaging around healthy eating and the potential for avoiding ‘food-fussiness’ when weaning,” said Ustun.

A follow-up study with the same babies post-birth is now going on, according to Ustun and colleagues, to see if the  influence of flavors they experienced in the womb affects their acceptance of different foods. 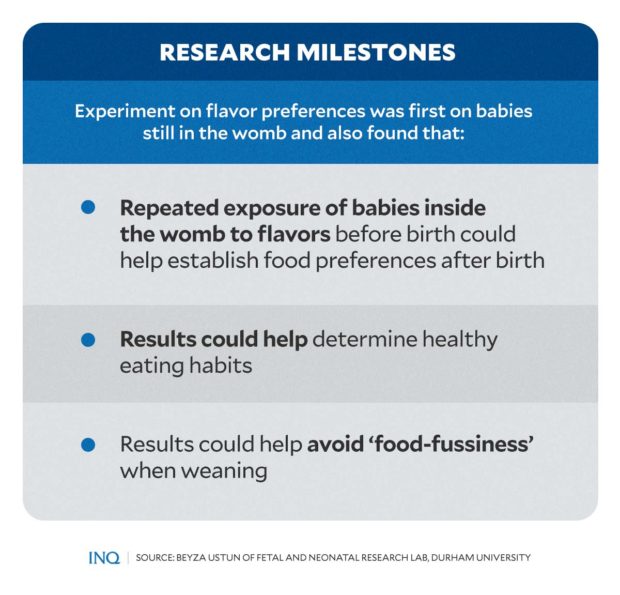 “It could be argued that repeated prenatal flavour exposures may lead to preferences for those flavors experienced postnatally. In other words, exposing the fetus to less ‘liked’ flavors, such as kale, might mean they get used to those flavors in utero,” said co-author Jackie Blissett, professor at the Aston University.

“The next step is to examine whether fetuses show less ‘negative’ responses to these flavors over time, resulting in greater acceptance of those flavors when babies first taste them outside of the womb.”