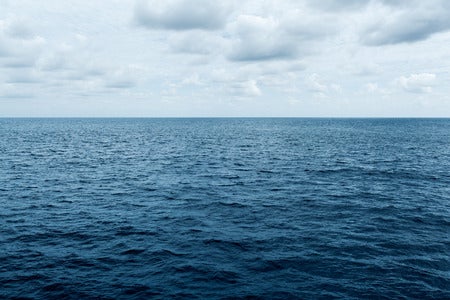 MANILA, Philippines — The sea level in the Philippines is rising three times faster than the global average, putting many of its coastal villages in peril, according to a climate scientist of the Philippine Atmospheric, Geophysical and Astronomical Services Administration (Pagasa).

With 70 percent of the country’s municipalities facing large bodies of water, including the Pacific Ocean, that could spell a “big impact” on those populations, Rosalina de Guzman, chief of the state weather bureau’s climate data section, said on Thursday.

“Based on a report done by Pagasa, we saw that the sea-level rise of the Philippines is rising three times faster compared to the global average,” De Guzman said during the Laging Handa briefing.

“So, this can cause inundation of low-lying areas, especially many of our countrymen who live on the beach,” she said.

The Philippines has one of the world’s longest coastlines, stretching more than 36,000 kilometers.

In April, Pagasa climate scientist Dr. Marcelino Villafuerte said the sea level in the Philippine Sea had risen by about 12 centimeters, or about 5 inches, over the past two decades.

De Guzman did not explain what was causing the phenomenon.

But according to the World Bank’s climate change portal, regional variations in the rise of sea levels exist “due to natural variability in regional winds and ocean currents, which can occur over periods of days to months or even decades.”

While typhoons hitting the country are becoming fewer, those that do make landfall are becoming stronger and a bit more frequent, De Guzman noted.

An average of 20 tropical cyclones enter the Philippine area of responsibility every year, with about eight or nine crossing the country.

Based on Pagasa projections, she said the country’s temperature will rise by 4 degrees by the end of the 21st century while the intensity of typhoons hitting the country will continue to increase.

To help address this, she said climate change mitigation should be “fully integrated in the planning process” of the government, including earmarking funds to address the impact of climate change and build resilience among communities in low-lying coastal areas.

The World Bank said rising sea levels “create not only stress on the physical coastline, but also on coastal ecosystems.”

“Saltwater intrusions can be contaminating freshwater aquifers, many of which sustain municipal and agricultural water supplies and natural ecosystems. As global temperatures continue to warm, sea level will keep rising for a long time because there is a substantial lag to reaching an equilibrium,” it said. “The magnitude of the rise will depend strongly on the rate of future carbon dioxide emissions and future global warming, and the speed might increasingly depend on the rate of glacier and ice sheet melting,” it added.

In April, then President Rodrigo Duterte called on industrialized nations to pay smaller countries like the Philippines reparations for the damage caused by climate change.

“We produce the least but we suffer the most. We are really the one paying for it the most. The pollution produced by other countries, we are the ones who catch it,” he said.

“The Philippines, for example, is a net carbon sink. We absorb more carbon dioxide than we emit. And yet, we are the fourth most vulnerable country to climate change,” he said on Wednesday (Manila time).

“There is no other problem so global in nature that it requires a united effort, one led by the United Nations. The effects of climate change are uneven and reflect a historical injustice,” Marcos said.

In response to calls from the leaders of developing nations, including the Philippines, United Nations Secretary General Antonio Guterres said on Thursday it was time for “meaningful action” on the issue of compensation for damage wrought by the climate crisis. —WITH A REPORT FROM AFP

Climate crisis to turn Manila, other Asian cities into bodies of water