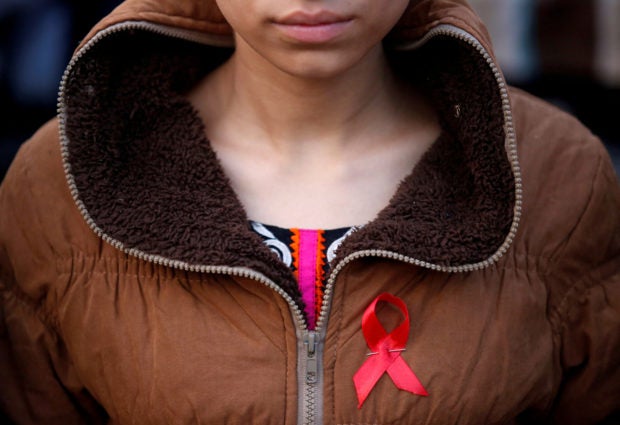 A participant with a red ribbon pin takes part in a HIV/AIDS awareness campaign ahead of World Aids Day, in Kathmandu, Nepal November 30, 2016. REUTERS FILE PHOTO

UNITED NATIONS/NEW YORK — The Global Fund to fight AIDS, tuberculosis and malaria on Wednesday reached $14.25 billion pledged as world leaders seek to fight the killer diseases after progress was knocked off course by the COVID-19 pandemic.

U.S. President Joe Biden, who hosted the conference in New York on the sidelines of the annual high-level meeting of the United Nations General Assembly, said the funding is crucial to combating the diseases.

“This is an investment that will save another 20 million lives, reduce mortality from these diseases another 64% in the next four years,” Biden said.

The United States had previously said it would pledge $6 billion for the next funding cycle.

The fund, a public/private alliance based in Geneva, is seeking $18 billion for its next three-year funding cycle from governments, civil society and the private sector. Before Wednesday’s conference, it had already raised more than a third of the total.

The Global Fund said the $14.25 billion figure is likely to increase as more donations are expected.

“For the government and people of Malawi, this is not a conference but a life saver,” Lazarus Chakwera, the president of Malawi, said earlier in the day, pledging $1 million.

According to UNAIDS, there were 990,000 adults and children in Malawi living with HIV in 2021, and USAID says that tuberculosis is a “major public health problem in Malawi.”

European Commission chief Ursula von der Leyen pledged 715 million euros ($703.63 million) to the fund, which she said was an increase of 30% from its previous pledge.

In its 2022 report, the fund said the reach of its treatment and prevention efforts rebounded last year after declining for the first time in almost 20 years in 2020, but the world is still not on track to defeat these diseases.

The fund estimates its work has saved around 50 million lives since its inception in 2002.

While malaria and AIDS programmes did exceed 2019 levels, the pandemic’s impact means they are still off-track from ending the diseases by 2030.

The Fund has also warned the war in Ukraine and the global food crisis could exacerbate the situation. Infectious diseases are usually much deadlier for people whose bodies are weakened by malnutrition, and they also do not respond as well to treatment or prevention efforts.

A world without AIDS, TB, malaria