Corruption in gov’t rampant now than before, says Enrile

Enrile aired this observation on Wednesday when he attended as a resource person of the Senate committee on constitutional amendments and revision of codes, deliberating on Charter change proposals.

During the hearing, panel chairman Sen. Robin Padilla asked Enrile about an earlier proposal from veteran lawyer Estelito Mendoza to amend the 1987 Constitution so that members of the judiciary would go through the screening process of the Commission on Appointments (CA).

The former Senate president then proceeded to explain the old system where all appointees in government must get the confirmation of the CA.

(That system, I’m not saying there was no corruption before, but it’s not like now)

(I’m sorry to say that during our time, corruption is rampant. All lumpsum money being budgeted by Congress is subject to corruption) 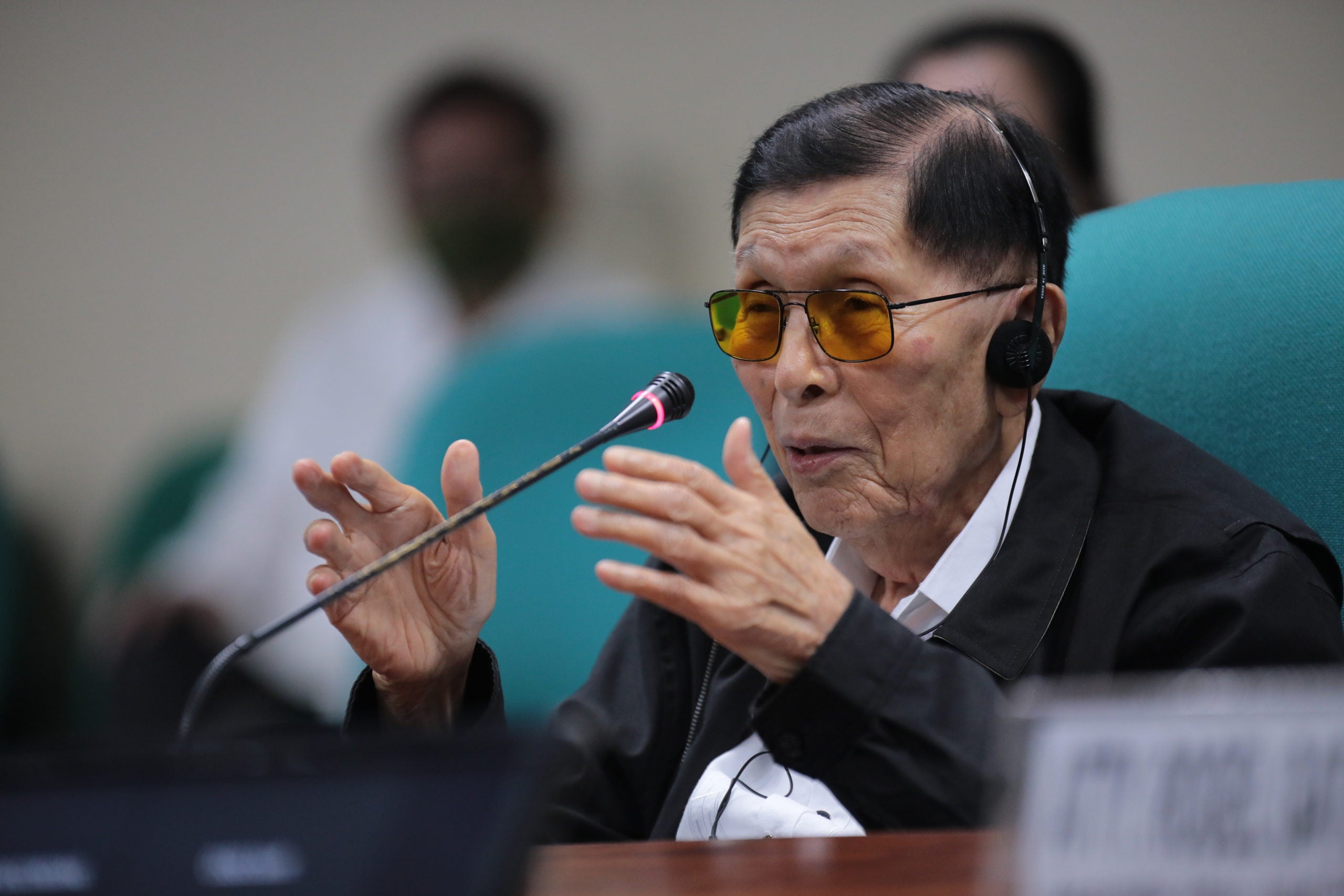 (FILE) Chief Legal Counsel and former Senate President Juan Ponce Enrile returns to the Senate as a resource person of the Committee on Constitutional Amendments and Revision of Codes during the resumption of the hybrid public hearing on legislative measures calling for a review of the provisions of the 1987 Constitution Wednesday, September 21, 2022. (Voltaire F. Domingo/Joseph Vidal / Senate PRIB)

Enrile cited as an example the alleged corruption in the implementation of the Tulong Panghanapbuhay sa Ating Disadvantaged/Displaced Workers or TUPAD program of the Department of Labor and Employment.

TUPAD is a cash-for-work program that provides emergency employment for displaced, seasonal, and underemployed workers for 10 to 30 days during the pandemic.

“Ngayon kung ibabalik natin ung sistema na lahat ng presidential appointees ay subject to confirmation, then Congress can now exercise its power to exact accountability for the monies that they appropriate for every department, agency or office in the entire national government,” he pointed out.

(Now if we go back to the old system that all presidential appointees are subject to confirmation then Congress can now exercise its power to exact accountability for the monies that they appropriate for every department, agency or office in the entire national government)

Enrile also noted that in the past, there were only a few corrupt prosecutors.

But now, he said, many are languishing in jails because of the slow justice system in the country.

(What Congress does now is budgeting, they no longer check the results of the budget they allocated)

During his time, Enrile said all appointees including the justices of the Supreme Court are subject to the CA’s confirmation.

“Palagay ko having been a participant of the government under the 1935, 1973, and 1987 and all the Constitutions of the Philippines from Quezon to now, I’d rather that we go back to the system under the 1935 Constitution,” he concluded.