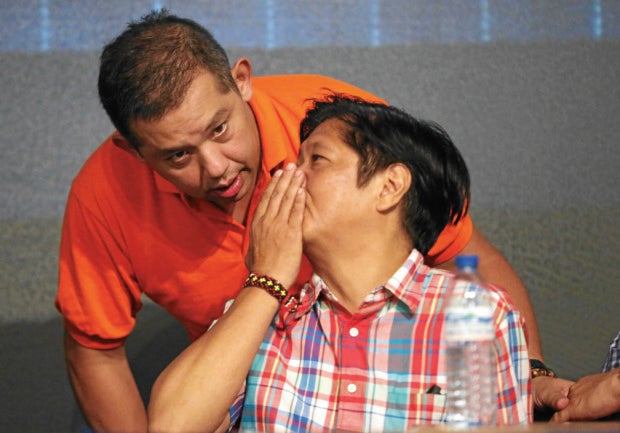 On Wednesday (Manila time), Romualdez issued a statement in which he praised Marcos for his ability to convey in unambiguous terms what the Philippines demands of the international community.

Marcos delivered his UNGA speech at around 3 a.m. on Wednesday during the assembly in New York, United States, urging other countries to act against climate change, assuring other nations of a “friendly” foreign policy, while seeking their support in terms of security.

“I have never been prouder to stand as a Filipino in the company of world leaders. It was a great experience to see and hear our President spell out, in clear terms, what we as a people expect from the parliament of nations,” Romualdez said.

“The UN has long been an independent arbiter and an effective facilitator of the international dialogue between and among nations. It continues to be our country’s honor to be part of this global family of nations that has continued to remain faithful to its mission of fostering world peace,” he added.

READ: Those who need to do more vs climate change ‘must act now’ – Marcos

According to Romualdez, Marcos resonated his catchphrase — unity — during the speech as the Chief Executive called for a safer world, which the House leader said is the aspiration of Filipino families.

“President Marcos’ call for global unity resonates with each one of us who fear what the tectonic shifts in the world today may bring in the coming century. The President’s words struck a chord in every Filipino household,” Romualdez said.

“He verbalized what an average Filipino family would want to tell world leaders: please get your acts together so that we keep families all over the world feeling safe and secure for generations to come,” he added.

Romualdez, along with his protege, fellow lawmaker and Marcos’ son Ilocos Norte 1st District Rep. Ferdinand Alexander Marcos, is part of the official delegation that the President brought to the US.

Marcos is expected to have a jam-packed schedule in New York, as shown in his meeting with the Filipino community in New Jersey, the meeting with the business sector at the New York Stock Exchange, and other possible bilateral and multilateral meetings with other leaders. With reports from Kristelle Razon, INQUIRER.net trainee

READ: President Marcos arrives in US for six-day working visit