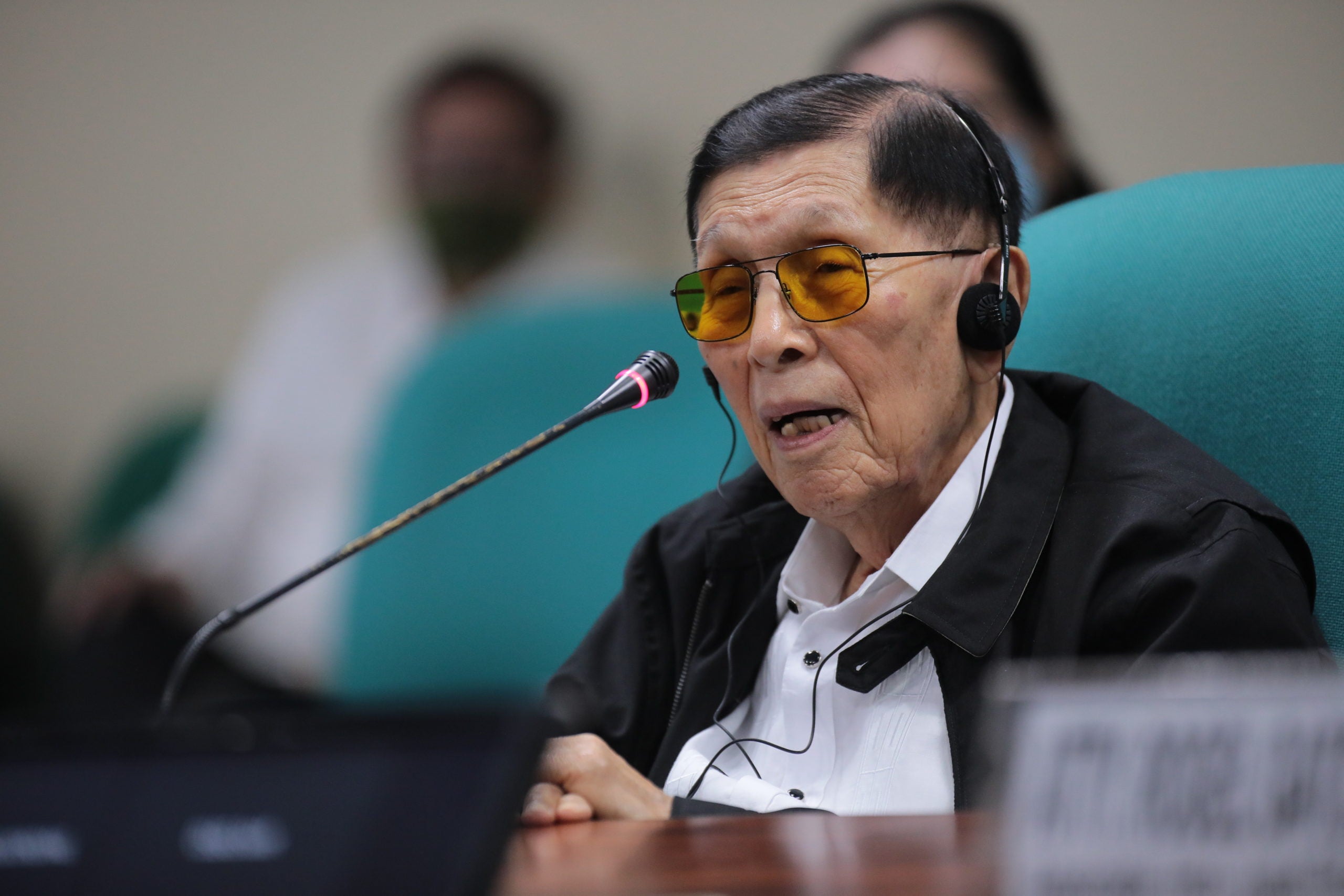 ENRILE BACK IN SENATE: Chief Legal Counsel and former Senate President Juan Ponce Enrile returns to the Senate as a resource person of the Committee on Constitutional Amendments and Revision of Codes during the resumption of the hybrid public hearing on legislative measures calling for a review of the provisions of the 1987 Constitution Wednesday, September 21, 2022. (Voltaire F. Domingo/Joseph Vidal / Senate PRIB)

Speaking before the Senate committee on constitutional amendments and revision of codes, Enrile lamented the growing number of partylist representatives in Congress.

Under the law, the partylist representatives’ number should not be more than 20 percent of the total number of members of the House of Representatives, the former Senate president pointed out.

(But what’s the number of partylist now, how many percent? Even cockfighters, janitors… what a shame!)

Despite this, the former senator could not say yet if the country should now consider a shift to a parliamentary system as this issue requires more extended discussions.

In the meantime, Enrile said the current presidential form of government could be retained but allow for a longer period in office for the president.

He also proposed to cut down the number of elections in the country not only to save money but also “to serve the interest of the people in developing what they need in their country.”