‘Is it worth it?’: Zubiri says social costs of Pogos, meager revenue must be weighed | Inquirer News

‘Is it worth it?’: Zubiri says social costs of Pogos, meager revenue must be weighed 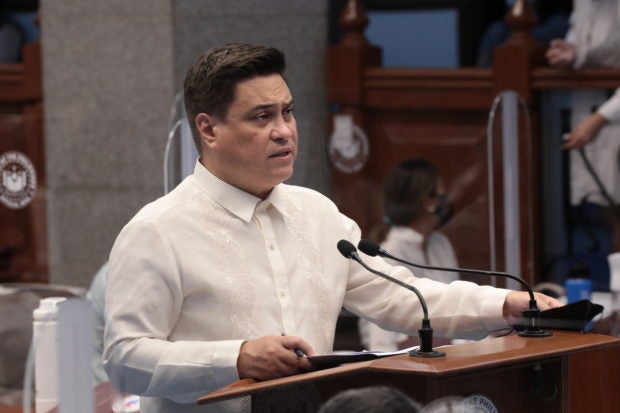 MANILA, Philippines — The social costs of Philippine offshore gaming operators (Pogos) and its small revenue to the government must be weighed before deciding whether they should be banned, Senate President Juan Miguel Zubiri said on Monday.

Zubiri said that the issue would be discussed during the committee report of Senator Ronald “Bato” Dela Rosa, chairperson of the panel on public order and dangerous drugs.

The committee is deliberating on the reported spate of abduction cases in which Pogos were implicated.

“We’re awaiting the committee report of Senator Bato before we make a final decision. But on a personal note, we must weigh the social costs of Pogo vis a vis the meager income they give to the national coffers of only 3 [billion pesos] a year,” Zubiri told reporters in a message.

“Plus they do not employ [F]ilipinos so there is no added benefit to our local labor force. So the question is, Is it worth it?” he added.

Pimentel urged the leadership of the Senate and the House of Representatives to make the Pogo’s axing a legislative priority.

“Let’s prohibit it. Pogo is detrimental to the Republic of the Philippines,” Pimentel said in a statement.

“The continued operation of Pogos in the country is dangerous. It is akin to harboring would-be criminals and gangsters that can eventually cause massive disruption of peace and order in the country as we are beginning to see now with the spate of kidnapping incidence and other violent activities related to Pogos,” he added.

For Pimentel, the Congress has the moral duty to stop Pogos.

“We can’t afford to dilly-dally on banning Pogos when the nation’s moral fiber and peace and order are on the line,” he stressed.

“You are the majority. Get your act together. If you say ‘stop Pogo’, we will support you,” Pimentel added.

Pimentel lamented that the country has become “a playground for undesirable foreign nationals.”

“Kung sa (If in) China, where most of these people come from, bawal ang (prohibits) Pogos, why did we open our doors to Pogos?” he asked. —Catherine Dabu, INQUIRER.net trainee