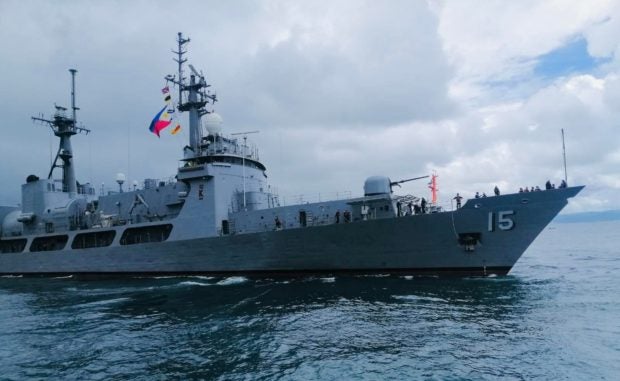 BRP Gregorio del Pilar (PS-15) is ready to set sail again after four years out of the water to undergo system upgrades and repairs. PN

MANILA, Philippines — The Philippine Navy’s BRP Gregorio del Pilar (PS-15), one of its biggest and most capable ships, will soon be deployed to the West Philippine Sea for patrols after undergoing system upgrades and repairs of its damaged propeller shaft.

It was the Navy’s flagship when it ran aground in Hasa-Hasa (Half Moon) Shoal in the West Philippine Sea in August 2018 while on routine patrol.

The naval readiness exercise will run from Sept. 26 to Sept. 30 in Palawan, he said. The BRP Del Pilar has a cruising range of around 22,500 kilometers and a speed of up to 28 knots and is armed with naval guns.