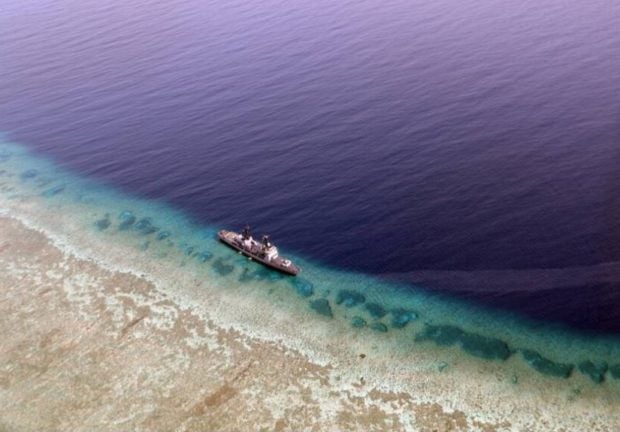 MANILA, Philippines — BRP Gregorio del Pilar (PS-15), a Philippine Navy warship that ran aground in the West Philippine Sea last year, will set sail again likely in the second half of 2020.

Navy chief Vice Adm. Robert Empedrad said the ship will remain out of action as the damaged portion of the ship would likely be restored only by next year.

“Ang problema is ‘yung (The problem is the) propeller and ‘yung isang  (another) very important part of the ship that was damaged during the grounding will be made available in the second quarter. So baka maayos /yun (Maybe it will be fixed) by second semester of 2020,” he said in a press briefing on Wednesday.

“Mahirap gawin ‘yung hub nun, kailangan dalhin sa US. So next year pa ‘yun (The hub is difficult to repair, it needs to be done in the US. So maybe the repairs will be completed next year),” Empedrad said.

BRP Gregorio del Pilar is one of three former US Coast Guard cutters acquired by the Philippine military during the previous administration. It is the lead ship of her class.

“We’re trying to speed up. We’re engaging the US, kasi we need the PS-15, dalawa na lang ‘yung meron (we only have two),” the Navy chief said.

BRP Gregorio del Pilar ran aground in the vicinity of Hasa Hasa (Half Moon) Shoal, about 60 nautical miles from Rizal, Palawan, while on routine patrol on August 29, 2018. /kga