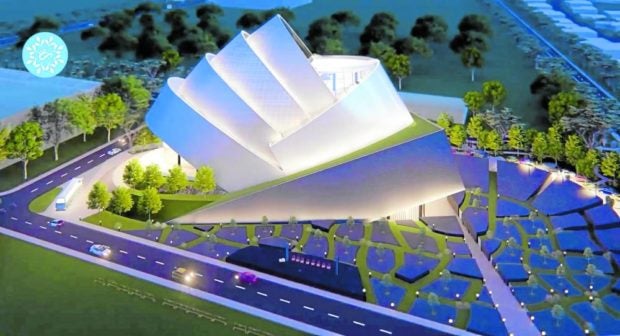 HOPEFULLY NO ‘WHITE ELEPHANT’ | Carmelo Victor Crisanto, executive director of the Human Rights Violations Victims Memorial Commission, is confident that the martial law museum project (computer imaging shown above) may start construction this year but must be certain of funding in the 2023 national budget to be ready for the targeted opening in June 2024. —HRVVMC PHOTO

MANILA, Philippines — The planned martial law museum might end up as a “white elephant” if the funding needed to finish it would remain uncertain under next year’s national budget, the head of the commission tasked to lead the P530-million project warned.

While the commission has the money to start construction this year, it is not enough to complete the Freedom Memorial Museum, according to Carmelo Victor Crisanto, executive director of the Human Rights Violations Victims Memorial Commission (HRVVMC).

With its site now being prepared inside the University of the Philippines (UP) campus in Diliman, Quezon City, the project is expected to figure prominently in next week’s commemoration of the 50th anniversary of the declaration of martial law during the dictatorship of Ferdinand Marcos Sr., whose family is back in power with his son’s rise to the presidency. 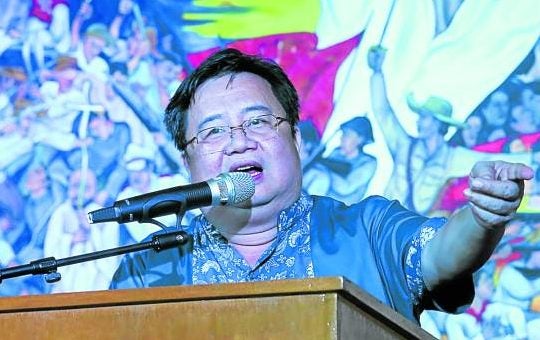 Concerns about the museum’s funding emerged during House budget deliberations last week. The trust fund for the project, which by law must appear as a special provision in the yearly National Expenditure Program (NEP), was not scheduled for release in next year’s budget, based on what the Department of Budget and Management (DBM) had submitted to Congress.

The DBM later explained, however, that the trust fund has always been part of “congressional adjustments” or insertions made by lawmakers in the course of crafting the General Appropriations Act (GAA). It also noted that it had never been a part of the NEP “even in the past years.”

Crisanto disputed this, saying this had not been the case since he assumed office in 2018. But he confirmed that the museum’s funding this year was indeed inserted in the 2022 GAA.

“Last year, [the DBM] removed [the trust fund]. That’s why I had to get it inserted during the bicameral conference,” Crisanto said in an Inquirer interview on Friday. “In the previous years, it’s always included in the GAA.”

According to the DBM, P381 million had been released to the HRVVMC for its 2022 special provision, but only P127 million was “actually utilized,” leaving a balance worth P254 million at the commission’s account with the Land Bank of the Philippines as of Sept. 14.

Crisanto said it’s true that over P250 million remain in the account, but said it would just be enough to start the construction.

“We have the money, but for 2023, if [the funding] is not included as a provision, I would have constructed a white elephant,” he said. “But if I were to build a white elephant, that’s OK with me … that this building is a white elephant because it was not supported under this administration.”

In a statement, the DBM maintained that funding for the museum had always been allocated even without appearing in the NEP since it would still be among “Congress-Introduced changes/adjustments,” or Cica.

In 2016, the last NEP submitted by the Benigno Aquino III administration included a special provision for a P152.3-million trust fund for the project. But in the next NEP, in 2017, the first under the Duterte administration, the reportorial requirement of the special provision was revised: the proposed funding should now be submitted to the senate president and the Speaker.

The special provision for the museum formed part of the Cica in the 2022 GAA, it added.

In the 2021 GAA, Congress revised the special provision, directing the DBM to release the fund’s accrued interest of P659.2 million (as of Feb. 19, 2020) upon request of the HRVVMC.

As of May 31, the balance amounted to P569.8 million, according to a certification from the Bureau of the Treasury dated June 29.

“To correct the misimpression that this particular project did not receive allocation, we note that since its funding is categorized as ‘Trust Receipts,’ the funds/balance are available until they have been fully utilized by the implementing agency, subject to budgeting, accounting, and auditing rules and regulations,” the DBM said.

“In fact, the validity of the trust fund has been extended several times, despite the fact that no museum has been built until now,” it added.

The museum is expected to rise on a 1.4-hectare lot at UP Diliman. Located along C.P. Garcia Avenue, the area has been cleared of tenants and the demolition of the vacated structures may soon begin, he added.

Crisanto said he was hopeful that with the help of some supportive lawmakers, the commission would secure at least P300 million more to finish construction in time for Independence Day (June 12) in 2024.

The HRVVMC will again face the House concerning the project’s budget at the plenary level on Tuesday.

Created by law in 2013, the commission is tasked with “the establishment, restoration, preservation and conservation of museums, libraries and memorials … honoring the victims of Marcos dictatorship”