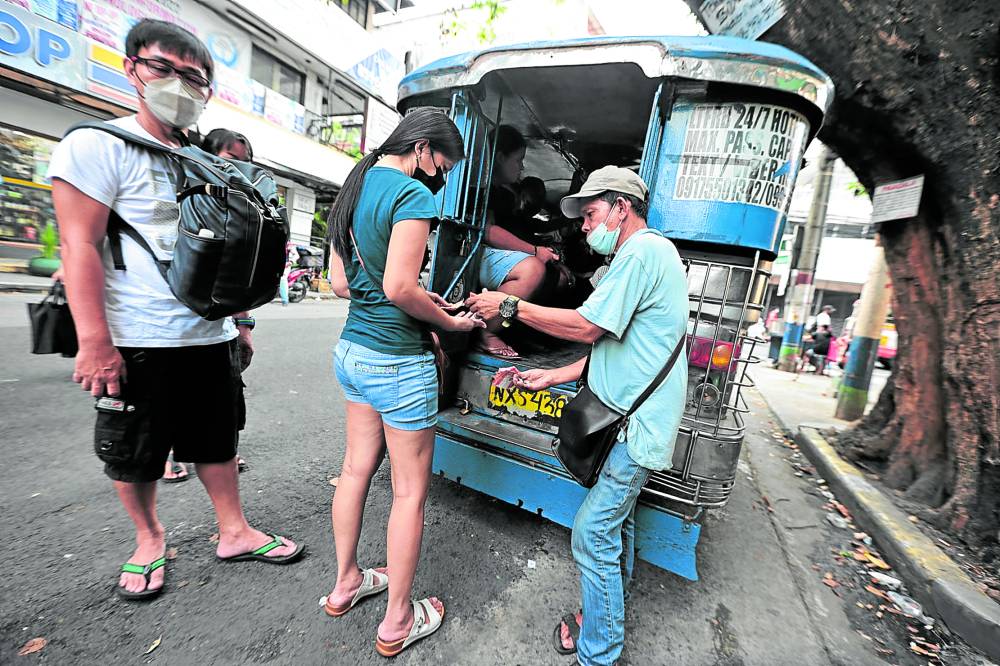 MANILA, Philippines — The Land Transportation Franchising and Regulatory Board (LTFRB) has approved an increase in the minimum fare for almost all public utility vehicles (PUVs) and in the flagdown rate for taxis and transport network vehicle service (TNVS) units.

Garafil said the new rates would take effect on Oct. 4, or 15 days after the publication of the corresponding memorandum circular tentatively next Monday.

This particular sector earlier sought a P14 minimum fare and an additional P2.50 per kilometer.

For modern jeepneys, the board also granted a P1 fare hike, increasing the current P13 minimum to P14, which was P2 lower than what the petitioners wanted. Passengers will also have to pay P2.20 per additional kilometer, from the current P1.80.

For passenger buses, Garafil said, the regulatory body approved a P2 increase in the uniform base fare, which applies to both city and provincial operations and covers the first 5 kilometers.

For ordinary city buses, the board increased the minimum fare to P13 (from P11), while it will be P15 (from P13) for air-conditioned city buses.

Ordinary provincial buses may now charge P11 as minimum fare from the current P9. The adjustment was P4 lower than what the transport groups petitioned.

Garafil said the flagdown rate for taxis and sedan-type TNVS vehicles will now be P45 (from P40), lower than the P60 that the sector asked for.

The per-kilometer rate for taxis, however, stays at P2.

For AUV- and SUV-type TNVS vehicles, the flagdown rate has increased to P55 (from P50), while for hatchback-type vehicles it will be P35 (from P30).

Garafil stressed that the 20-percent fare discount for senior citizens, persons with disabilities and students “will still be effective.”In approving the new rates, the LTFRB held consultations with commuters since their interest was the board’s “primordial consideration,” the transport official added.

“As you can see … we didn’t grant fully the petitions seeking higher fare increases because we have to consider the biggest factor before we came out with this decision, which is the [additional burden on] commuters,” Garafil told reporters. “We needed to know if the commuters have the ability to bear this.”

The LTFRB, she said, also consulted the National Economic Development Authority and the Department of Energy on the matter.

Still pending before the board is the fare hike petition filed last month by another transport subsector, the UV Express drivers and operators, Garafil added.