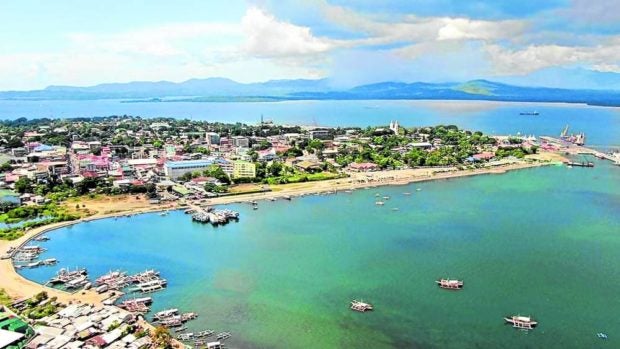 ECONOMIC RECOVERY The Puerto Princesa City bay is among most picturesque spots in the Palawan provincial capital. Economic activities in Puerto Princesa and the rest of Palawan are slowly picking up amid the pandemic but recovery may be derailed by a looming power crisis on the island. —PHOTO COURTESY OF GEOFFREY DELAHAYE

PUERTO PRINCESA CITY — Officials of the Palawan provincial government and this capital city are racing to find solutions to an imminent power crisis which could inconvenience households and derail the recovery of local businesses from the impact of the COVID-19 pandemic and the devastation from Typhoon “Odette” (international name: Rai) which hit the province in December last year.

Bayron said local officials discussed with representatives of Paleco, IPPs and the business sector a quick but short-term solution.“We have agreed on a stop-gap measure,” Bayron said.

This means that private companies will pay in advance their bill on the estimated electricity consumption for the next three months so Paleco can make advance payments to IPPs to cover the cost of fuel, the mayor said.

The IPPs, he said, will need an estimated P210 million per month to be able to operate normally.

“Although this will not last for the entire year, I think this would send a message to all the decision-makers—in ERC (Energy Regulatory Commission) and Napocor (National Power Corp.)—that we are not neglectful and we are looking for solutions to the problem. If we do this, I think it would assure them and might convince them to prioritize us,” Bayron said.

“Puerto Princesa’s tourism industry, in particular, which is hard hit by the global COVID-19 pandemic and Typhoon Odette, is just recovering, and an impending power crisis is another major blow [that] we cannot afford. In general, the social and economic costs can pose severe hardship to the city,” Bayron said in his letter.

Delta P Inc., one of the IPPs in the province, informed Paleco board chair Jeffrey Tan-Endriga and officer in charge Neriza Regal on Monday of its impending cessation of operations due to nonpayment of the Universal Charge for Missionary Electrification (UCME) by Napocor.

In a letter, Walden Tantuico, Delta P president, informed Paleco officials that the firm had yet to receive the UCME payment since May, which stood at P441,826,773.

Due to the situation, Tantuico said Delta P was being required by fuel suppliers to pay cash before they could acquire supply for their upcoming purchases, adding that if the matter was not resolved by the end of September, they would be forced to shut down.

Bayron said he also learned that the looming power crisis, caused by nonpayment of the UCME to IPPs, is also affecting other power distributors operating under the Small Power Utility Group (SPUG).

Endriga said that aside from Delta P, the two other IPPs in the province—DMCI Power Corp. and Palawan Power Generation Inc.—are in a similar situation and on the brink of a shutdown.

Bayron said the city government was considering the possibility of declaring a state of emergency.

He said he has sought assistance from Rep. Edward Hagedorn of Palawan’s third congressional district, and also asked Gov. Victorino Dennis Socrates to seek the intervention of Rep. Edgardo Salvame of the first district and Rep. Jose Alvarez of the second district.

Christian Jay Cojamco, provincial information officer, said Socrates would request the provincial board to give him the authority to release funds for an advance payment of the provincial government’s electricity bills.

Cojamco said they would also talk to the municipal government officials and request them to do the same.

The province, he said, is also considering declaring a state of calamity in order to access calamity fund to pay a portion of the bills so Napocor and ERC will prioritize Palawan.

Frederick Barrios, Napocor Palawan manager, said they informed the IPPs and Paleco about the delay of UCME payment as early as first week of August.

Barrios said the UCME more than doubled from their original computation due to the increase in fuel prices, triggered by the war in Ukraine, among other reasons.

He said they were caught off guard by the sudden increase in the global prices of fuel which led to the nonpayment of subsidy to IPPs. The UCME allotment of Napocor for SPUG areas is pegged at P0.1544 per kilowatt hour.

“Our initial budget for the year for the cost [of fuel] was P40. Now, how much is fuel? It’s P85,” he said, adding that Napocor was also looking for ways to pay the subsidy.

Barrios said that aside from Paleco, Busuanga Island Electric Cooperative, which distributes electricity in the island towns of Busuanga and Coron, is also in the midst of crisis, having not received UCME payment from Napocor.