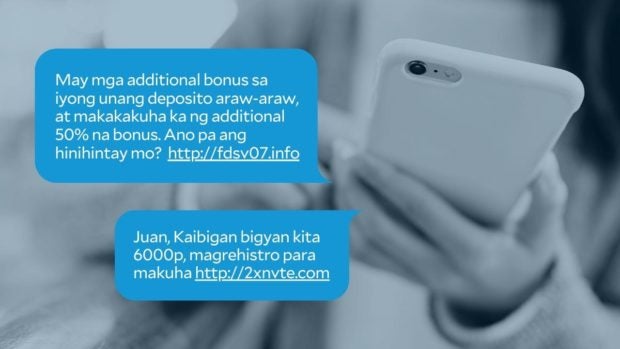 MANILA, Philippines — The National Telecommunications Commission (NTC) on Thursday ordered phone manufacturers and distributors to teach users how to block mobile numbers not on their list.

The NTC made the order after meeting with representatives of mobile phone manufacturers, distributors and dealers, who revealed that mobile phones have features that can protect users from spam texts such as blocking unknown numbers and diverting spam messages to folders similar to email spam folders.

“Mobile phone manufacturers, distributors, and dealers shall provide directions to their mobile phone users on how to block texts from mobile numbers not in their contact lists and how to create a spam folder in their inboxes,” NTC said in a memorandum signed by Commissioner Gamaliel Cordoba.

The Commission said the directions should be disseminated through their websites and social media accounts like Facebook.

The NTC also ordered them to put up posters in their physical stores and include in each new mobile phone package a leaflet that would contain directions on how to enable test blocking, spam folders and such features from their phones.

The measure should be implemented within 15 days from the memo’s issuance.

The Senate has since investigated the proliferation of such scams.

To address this, Senator Grace Poe, chairperson of the Senate Committee on Public Services chairperson, pushed for the Senate Bill No. 1310 or the SIM Card Registration Act.