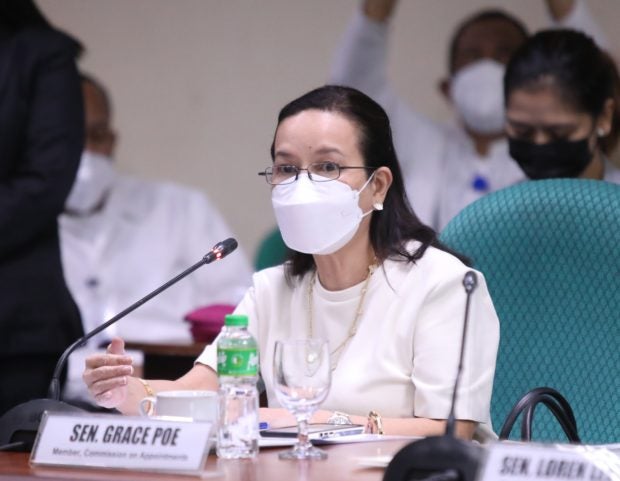 During the Senate plenary session, Poe, Senate Committee on Public Services chairperson, sponsored the committee report of Senate Bill No. 1310 or the SIM Registration Act.

“This is why I rise once again to submit to the plenary the SIM Registration bill which mandates the mandatory registration of all subscriber identity modules so that the ill-intentioned scammers and criminals can no longer hide under the shadows of anonymity,” she said in her speech.

Under the bill, SIM users must register their number to activate and be able to use it.

Poe noted that they dropped the word “card” in SIM card because the proposed bill seeks to cover all forms of SIMs including those not contained in card form.

The senator expressed alarm as she cited scam text data from telecommunication firms.

Smart was able to block almost 78,000 SIM cards from January to May this year, while Globe has deactivated 14,058 scam-linked mobile numbers.

(These numbers are overwhelming, and we don’t even need to look far to find a concrete example of all these scams. Just open your phone and you can see for yourself how many scam and spam messages you receive each day.)

To date, 157 countries have adopted laws that mandate SIM registration, “including nations with the highest regard for data privacy rights,” Poe noted.

“We are not alone in wanting this kind of policy. In fact, we are late in the game. Globally, the trend skews heavily in favor of SIM registration” she said.

During the 18th Congress, the Senate and House of Representatives ratified the proposed SIM Card Registration Act, which seeks to curb fraud and other crimes and fight online trolls.

Then President Rodrigo Duterte, however, vetoed it as the inclusion of social media providers in the registration requirement “was not part of the original version of the bill and [needed] a more thorough study.”

The proposed SIM Registration bill in the 19th Congress excluded the provision on social media regulation to expedite its passage, Poe pointed out.