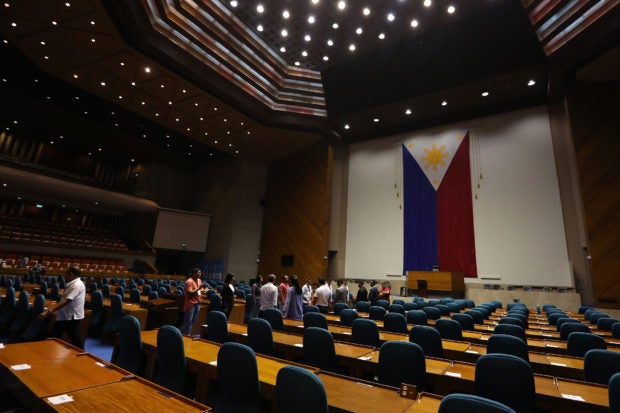 MANILA, Philippines — The Department of National Defense (DND) has assured lawmakers from the House of Representatives that the proposed reinstatement of the Reserve Officers’ Training Corps (ROTC) program will not be inspired by a militaristic approach but would focus on citizen development.

During the deliberation of the department’s proposed 2023 budget before the House committee on appropriations, Kabataan Rep. Raoul Manuel asked DND why it insists on putting back the mandatory ROTC when it would be teaching disaster resilience — a topic that could be taught outside this scope.

Defense Undersecretary Ignacio Mandriaga defended the ROTC program, saying that it would not be about militarism.

“The curriculum that we are proposing under the new ROTC which we are discussing with the DepEd (Department of Education) will be for the Grade 11 and 12 students, with the intention of introducing our youth about the concepts of patriotism and being good citizens,,” Madriaga said in Filipino.

“This is not the typical military march, this is not military-centric.  The purpose of this program of instruction for the Grades 11 and 12 that we are presenting is to just develop the citizenship of people, and one of the plans is to teach disaster resilience” he added.

Madriaga also answered Manuel’s concerns, saying that it would be better if many would teach disaster resilience.

“We think it would be better if many would teach disaster resilience because it would be better for our country if more children know what are the different calamities affecting the Philippines and how we can respond to them.  If more people know how to respond, then much better — which is why we placed that,” the DND official stressed.

“We also placed other subjects like drug awareness, adherence with traffic rules, and other things that would help young people be good citizens, and the only military aspect that we would teach there is on the topic of military history,” he added

With regards to military history, Madriaga said that they would provide an avenue for students to visit military historical sites and talk with veterans who have fought during their teenage years so that the youth will understand why they would play a big role just in case the country experiences disaster or war.

He clarified however that only those who would like to pursue further studies about the topic would receive military training.

“Now, if they are at the tertiary level and they still have the yearning to serve our country as soldiers, then this is where the training that is heavy on the military side will come in,” Madriaga explained.

“If they want to continue to be members or even become officials of our Armed Forces, the military training would go there but for our Grades 11 and 12 students, we would only focus on citizenship development,” he added.

DND officer-in-charge and Senior Undersecretary Jose Faustino Jr. also told lawmakers that they are now working with the Department of Education to exhaustively tackle what requirements and subjects would make up the curriculum for the new ROTC program — and how it would differ from its predecessor.

Many sectors including Manuel’s Kabataan party-list and the Makabayan bloc have contested plans to reinstate the ROTC program, noting that it has been a source of corruption, state-sponsored militarism, and abuses when it was implemented before.

The Makabayan bloc has also opposed the supposedly huge budget of the DND for 2023, noting that it should be instead allotted to social services and health programs, stressing that the country is still in the middle of an economic crisis and the COVID-19 pandemic.

For the 2023 National Expenditures Program, the defense cluster got P250.7 billion, which is 4.76 percent of the P5.268 trillion budget.  While several sectors still got higher funding — like the education cluster which got P852.8 billion; infrastructure with P718.4 billion; and the health sector with P296.3 billion, critics still believe that the defense allocation should be reduced.

There were groups who claimed that the higher budget for health was still not enough, despite a 4.9 percent increase.  On the other side of the fence, there were also proposals to even increase the allocation for defense by two percent to boost the national security program. With reports from Catherine Dabu, INQUIRER.net trainee