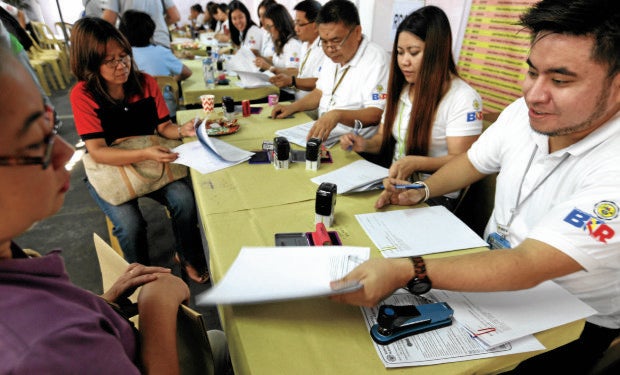 MANILA, Philippines — The Department of Justice (DOJ) on Thursday expressed its support for the proposed creation of an independent body that will assist taxpayers.

Justice Undersecretary Raul Vasquez welcomed the idea of creating a body for taxpayers called the National Taxpayers Advocate during the Senate committee on ways and means hearing presided by its chair Senator Sherwin Gatchalian.

“We welcome the creation of a National Taxpayers Advocate. The concept of the National Taxpayer Advocate is an embodiment of a delicate balance of the state’s authority to tax its nationals and its obligations under the constitution and the limitations set under the law in respect to the rights of the taxpayers,” Vasquez said.

Senate Bill No. 1199, also known as the Taxpayer’s Bill of Rights and Obligations Act, aims to protect taxpayers against threats on their rights.

The measure also proposed the establishment of the National Taxpayers Advocate which will safeguard the rights of taxpayers in the country.

Gatchalian, who filed the bill, cited that the measure was patterned from Nevada’s regulatory body which has an energy advocate representing consumers.

He also said that the National Taxpayers Advocate was lodged under the DOJ, instead of the Office of the President to give it independence.

“DOJ has some social functions, such as the Public Attorneys Office that represents the marginalized. The same concept in taxpayer advocate, we place it under the DOJ so that the DOJ can represent the taxpayer who needs support,” the senator added.

Vasquez further agreed that the National Taxpayers Advocate should be an independent body.

“We also agree wholeheartedly with the National Taxpayer Advocate taking it as an independent body away from the tax-collecting agencies under the Department of Finance, particularly the BIR [Bureau of Internal Revenue] and BOC [Bureau of Customs],” he said.

“It being under the Department of Justice, as proposed, which is different from the original contemplation before in the previous iterations or versions of this bill in the previous Congresses which was to lodge it under the Office of the President, putting it under our department now may give it more immediate impact because if the actions of the tax-collecting agencies may even amount to a crime, there is nothing that prevents us from assisting the National Taxpayer Advocate in initiating the necessary legal remedies on behalf of the hapless small taxpayers,” he added.

The undersecretary also made a suggestion with regard to the scope of the measure.

“We note however, we think that there may have been a mistake in not including other tax-collecting agencies or entities like the LGUs [Local Government Units], PEZA [Philippine Economic Zone Authority], and the tourism infrastructure agencies or offices. We submit respectfully that the coverage of the law to include the other tax-collecting agencies,” Vasquez noted.

He stressed that the National Tax Advocate should be able to extend assistance, protection, and guidance to the small taxpayers.

“We believe that the Senate and we welcome the effort of the Senate in this regard to put primary importance to the small taxpayers. We know for a fact that there are many big taxpayers who could avail of big name lawyers and law firms to protect themselves and we second the comment of the honorable chairman regarding a single sole proprietor who may not have the luxury and finances to do the same,” he added. Christian Paul Dela Cruz, INQUIRER.net trainee

Angara measure would grant taxpayers a bill of rights