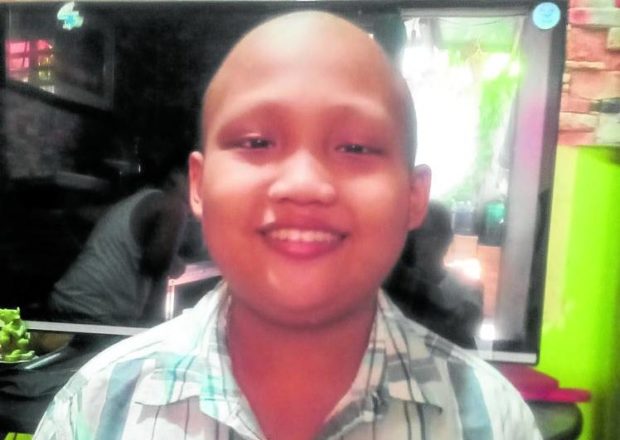 MANILA, Philippines — While students are now back in school for in-person classes, 11-year-old Charls Matthew Peñarubia has remained at home.

The incoming grade five student who was diagnosed with acute lymphoblastic leukemia in 2015 was advised on the first day of school that it would be too strenuous for him to continue his studies for now.

With his classroom located on the fourth floor, Peñarubia would have to climb several flights of stairs every day and, because of work, his parents would not be able to watch him at school the whole day.

His father, Jessie, said he was planning to send his son to a special education school instead but he would need to get a doctor’s approval first.

The other alternative was for Peñarubia to study online but they do not have a computer at home.

“I told him we’ll buy one next time when I have a better job,” Jessie told the Inquirer.

His son is currently undergoing chemotherapy at Philippine Children’s Medical Center in Quezon City after suffering a relapse in July 2020.

Five months before that, Peñarubia had been cleared by doctors, but in the months that followed, they were unable to go to the hospital for checkups due to the pandemic.

“I was really sad. It was like all our efforts were for nothing. The doctors are going to double the dosage of the medicine used for Charls’ chemotherapy. I really don’t know who to turn to,” Jessie said.

He added that he also feels sorry for his son whose arms are full of needle marks from constantly undergoing treatment.

Despite his hardships, Peñarubia remains strong and continues to fight against his condition.

“I can see that our son is really a fighter, so we have no right to give up,” Jessie said.

The boy often says that he wants to get better so he can eat more of his favorite food like fried chicken that his father cooks for him.

Jessie and his wife, Angelyn, make a living by selling meals in front of their house in Makati City. To pay for their son’s treatments, they rely on donations from different government offices.

Jessie asked for help in paying for his son’s medicine and laboratory tests, including their fare to and from the hospital. This is on top of the 12 cycles of chemotherapy that cost a total of P264,576.

Surviving through the kindness of Inquirer readers